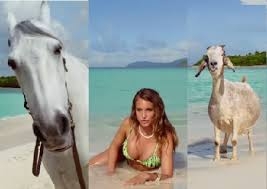 As the MLB All-Star break gave way for the ESPY awards -- feel free to read on or just gag now -- one of their featured honorariums was afforded to the Captain.

This occasion did give the audience and viewers a chance to sit back for a moment and re-live some of his greatest career moments without having to pull up YouTube.

And it provided him an opportunity to be presented the award by Batman himself:

While future generations won't have the privilege of seeing first-hand the class, honor, and integrity exhibited by Jeter throughout the years, they will get to see him in a different light.

and other legends over the years: as an icon.

Still, Jeter did experience something that none of the other Bomber greats did: the by-now-obligatory farewell tour that culminated in a fittingly dramatic last AB in Babe's Crib v3.0.

As to the rest of the ceremony, it was basically the same banal filler that dinosaur networks have fallen back upon with increasing frequency, mainly because it's cheap programing. Ironically, ESPN could've used it more than ABC, as its continuing struggles with non-game broadcasts have only seemed to chase more viewers into cord-cutting mode.

To be sure, it's a gradual transition:

With the Disney Co ordering ESPN to trim a cool $100million from its budget, the self-proclaimed WorldWide Leader may be coming back to the sports-channel pack. The race may be on to see which of them gets the inside track on cord cutters. Here's how one staid brand is making its play:

Derek Jeter has been a part of many miraculous comebacks, but not even his appearances may be able to boost the ESPYs in the foreboding future of cable TV.