I Wish the Fat Lady Would Sing a Little Sooner ...

Published on 2-Aug-2013 by Steve Soprano 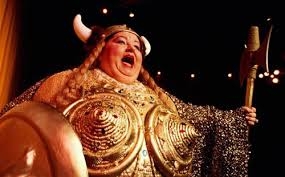 Well, I not only went to the well once too often with Seattle Thursday, but I did so on the assumption they had a relief pitcher with something left in the tank after Wednesday's 15-inning loss.

There was Sunday's Rockies game I thought I had pegged here, when the Rockies jumped out to a 5-0 lead, only to allow a six-run inning themselves a short while later. The Rockies still had a one-run lead late, only to watch the Braves win in walk-off fashion in the bottom of the ninth.

Oh, but there's more! I also had the Angels last Sunday, guarding a one-run lead into the bottom of the ninth. But the Rangers go back-to-back on solo homers and it's another ticket down the drain.

One of those weeks, I guess.

So, to Friday it is.

Let's go with a team that can't lose lately (whose bullpen has been solid, by the way). The Kansas City Royals look for their tenth straight win and face a Mets team that could easily become a victim.

Notice, using the Bovada data tool on our Home page, that the Mets have only scored six runs in their last three games. Over their last seven games, they have totaled 15 runs.

That in itself provides a lot of value for baseball's hottest team to prevail, and at the low price of -109 at Bovada.

I will be backing KC Friday, but this week has again proven not to count the chips until the last out is made!