Houston, We Have Liftoff! 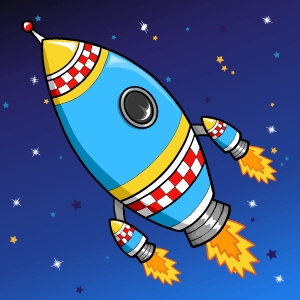 After just securing a three-game set against the Yankees at Babe's House, the Toronto Blue Jays are flying high as they land in Houston's Minute Maid Park this evening.

The Jays are well in the mix for the mediocre AL East title this season, and their offense should thrive in the Astros' cozy confines. They've won eight of their last ten tilts but have only gained one game in the standings to the division-leading Baltimore Orioles. They've got to keep the heat on by taking care of business against sub-.500 clubs.

And Houston is all of that.

Let's take a look at the match-up summary in the Bovada data tool on our Home page: Now, keep in mind this is only a fraction of what's contained in the Bovada data tool. But it is showing us that the Jays may be more suited for the Maid than Houston is. We can't be totally sure because it's their first trip there this season, but considering who's on the hill for them, they'd better be brandishing their bats in a hurry.

Actually, the Astros' Jarred Cosart looks to be Drew Hutchison's evil clone. Both have been boxed around lately, and both have so-so records that would be expected from so-so ERAs. The 'Stros righty has amazingly posted 11 quality starts in his 20 outings to date, but when he's not on, he's getting shelled. Hutchison, on the other hand, is 4-for-21 in that department. And yet, in his last three outings on the road -- in Cleveland, Baltimore, and Tampa Bay, respectively -- he's yielded a stingy 2,0, and 0 runs.

If only he hadn't been shellacked in his home start against Boston during that time, he could've been considered to be on a roll.

AccuScore rates this one as a toss-up. No arguments here. But I do see runs being put on the board. Incredibly, Toronto is only 10-11 when playing the over in Hutchison starts, where Houston is 10-8 in the same category when Cosart gets the ball. However, scrolling further down this page on the Bovada data tool, these stats stand out:

Bovada has set the over at 8½. Understandable, what with all we've seen above. But achievable, and then some.

Prediction: Toronto at Houston     over 8½