Published on 5-Aug-2014 by Steve Soprano 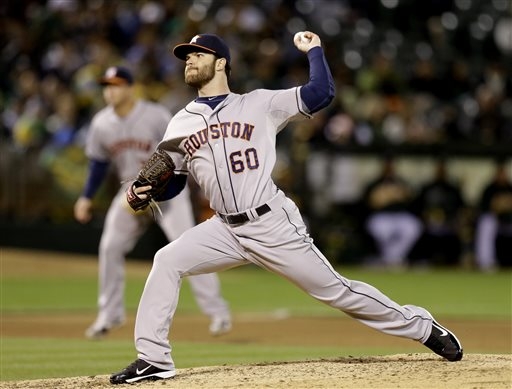 It felt like old times getting back on track with Monday's winning selection, with the Chicago White Sox downing Texas, 5-3.

The game was called in the seventh inning, but the ticket cashed the same, and it was Texas I was betting against ... you don't think they actually would have won in nine innings do you?

Anyway, let's now build a little winning streak and stick with a Texas team involved in our play. But this time we'll bet for a club from the Lone Star State and not make a play against one.

I really like the Houston Astros today as they open a three-game set in Philadelphia. I especially like the fact that Bovada is dangling a very juicy number of -120 for Astros backers. It's a great bargain, considering who the Astros send to the hill. Dallas Keuchel (10-7, 2.97 ERA) gets the call and will try to continue building a reputation as one of baseball's best kept secrets.

Hey, and full marks to him and his family for keeping the original German pronunciation of his name! It's KOY-kull.

The lefty showed the Oakland A's why in his last outing.  You can see for yourself by checking out his performance by using the Bovada data tool on our Home page. If you checked the link above, Keuchel scattered four hits and struck out five in Houston's 8-1 victory over the AL West leaders last week at Minute Maid Park.

His outing also netted him his fourth complete game this season. Only Clayton Kershaw has gone the distance more times this season, and Keuchel's four nine-inning performances put him just ahead of the likes of Adam Wainright and Johnny Cueto. Yes, Keuchel has very quietly been that good.

Keuchel's counterpart will be Kyle Kendrick of Philadelphia, who has allowed nearly two full earned runs more per nine innings than Keuchel. His 4.91 earned run average also needs to be much better, considering the Phillies are 24th in the majors in total runs scored this season.

So you can probably already see the value in jumping on the Houston ship at -120. Or, since it's the Astros, do we call it a spaceship? Just wondering.

Anyway, speaking of value, let's also examine this play from that perspective. The Astros are 7-9 since the All-Star break but have also helped their backers turn a profit since then. They've picked up wins as underdogs at +155, +180, and at a whopping +240. They were also a team we highly recommended that players back for that very reason throughout the second half of the season.

The 'Stros are improving more rapidly than is reflected in their odds on a day-to-day basis, meaning you can normally get them at a nice price. Thus, Houston presents an opportunity to be an MLB stock on the rise from a wagering standpoint.

They won't bring home the 55, 80, or 240 cents on the dollar as they did in the examples above, but I think laying Bovada's 20 cents on the dollar is still a great play while you can get it. They've won four of their last five with a pitcher in a nice groove, while the Phillies continue in their downward spiral.

This one likely won't be the lead story on SportsCenter tonight, what with both teams out of the playoff picture. But it does have my attention, because this price is too hard to pass up.