Hot Sox off to a Stellar Start. Who Knew?

Published on 9-Apr-2013 by Tyler Scionti 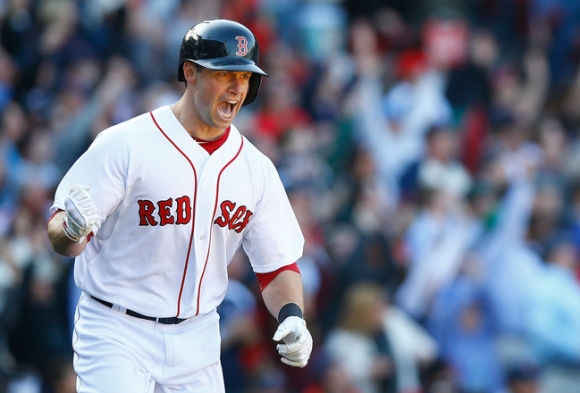 The Boston Red Sox sit atop the AL East with a 5-2 record and are fresh off an exciting 3-0 win over the Baltimore Orioles.

Really, who could have guessed they would be this hot? This was supposed to be a down year. It's a small sample size, yes, but hot is still hot.

The past two seasons, Boston has gotten off to a painfully slow start; the 2011 season was a nightmarish 2-10 out of the chute before they tuned up, and 2012 was not much better as the Bosox went 4-6 in their opening games. Fast-forward to 2013 and the Bostons are 5-2, currently boast one of the better run-producing offenses in the league, and have undeniably one of the best pitching staffs. Their starting rotation has a current 2.45 ERA with the entire staff standing at 2.95.

If there is any clue as to why this crew has been so successful, just look to Jon Lester and Clay Buchholz. This duo has given up just three runs in 26 innings of work.

Going into this season, there was a great deal at stake; ownership was about as unlikeable as ever, and the team was not very far behind. Seven games later, things have certainly changed. The Sox have gone from worst to first, and things really could not be better. Look no further than Opening Day versus the Orioles. Buchholz shut down the O’s and the game looked tight until journeyman Daniel Nava crushed a fastball out of Fenway Park.

These are not the star-laden Red Sox we have come to know over the past few years. These Red Sox have a hunger to win and a desire to gain their fans' approval. These Red Sox play hard and are a helluva lot more fun to watch.

That said, the front office is predicting the sellout streak to end on Wednesday night’s game. While the team has improved, it still has a long way to go. It’s a fitting time for the sellout streak (phony or real) to end; perhaps this season is a new beginning for the Sox and an opportune time for them to start over. Let a new sellout streak begin, one that will see the likes of Will Middlebrooks and José Iglesias.

The Sox could surprisingly be headed for new territory. The season may be more interesting than most had anticipated.