Published on 31-May-2013 by Xavier McSpaniel 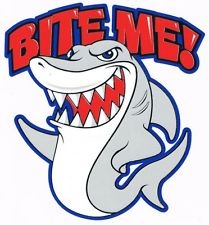 The Pittsburgh Pirates haven't inspired too many terms of endearment over the last twenty years.

But this 2013 roster has. And the proof is hardcore: a 150 gallon fish tank, housing a pair of sand sharks, smack-bang in the middle of the clubhouse.

The foundation for this farcical aquatic overkill was first laid back in late April when closer Jason Grilli went all Roy Scheider in an interview with the Chicago Tribune:

"We're the Shark Tank, We've got a lot of sharks out in that bullpen. When we smell blood, we attack."

Fast forward a month and, thanks to season ticket holder Elmer’s Aquarium & Pet Center, Bucs' HQ resembles a Sea World exhibit. But no one at PNC Park is complaining. They figure the pen's maneating contribution to an impressive 33-20 start deserves to be recognized.

But is this an affirmation of faith or the first step walking the plank? Tagging any team of relievers -- let alone a Pirates crew -- with a title after 53 games would seem foolhardy at best. History shows bullpens have to do at least a whole year's worth of work -- good or bad -- to properly earn their moniker. And setting up Shark Week at the franchise that has defined "tank" over the last two decades seems downright dumb.

The remaining 109 games on the schedule will tell the tale. For the sake of long-suffering Pirate fans, let's hope there's no jumping the sharks in September.