High Flying Blasts Emerge from the Past 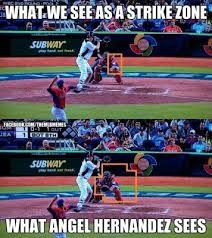 As baseball nears the All Star break, let's see how this season is stacking up in the wake of one of the most fanominal ‘years of the pitcher.’

In 2012, there were a total of seven no-hitters, two of which were perfect games thrown by Seattle’s Félix Hernandez and Chicago’s Philip Humber. The last time the MLB saw a season like they did in 2012 was back in 1968, the year of Bob Gibson's 1.12 ERA and Denny McLain's 31 wins. On the other side of the coin, Carl Yastrzemski won the AL batting crown with a .301 average, the only regular in the entire junior circuit who hit better than .300.

The pendulum had clearly swung too far in the pitchers' favor. Baseball needed more offense, especially with the NFL starting to make noise as a strong competitor for the sporting dollar. The result was a decision to lower the mound.

The offense returned. The Swingin' A's and the Big Red Machine featured tons of thumpers. Baseball slugged its way through the 1970s and kept going that way for another generation.

By the 1990s, it seemed like even the best pitchers were just throwing batting practice, and the decision was made to 'expand' the strike zone, although it really didn't.

Long story short, the zone has constantly shifted since then. The reality is the rules only offer guidelines; every umpire has his own zone. As well, there are so many factors involved, it's difficult to isolate one of them without considering the effect of another.

So it is because of all this or in spite of that that roughly half the season has transpired for baseball to witness its first no-hitter of 2013? With batters like Cabrera, Molina, Harper, Ortiz, and the up-and-coming Yasiel Puig, it’s no wonder that pitchers are having trouble getting outs.

More excitement in the batter’s box this season looks destined this season to not only keep testing the pitchers and the creativity of their styles, but to be a necessary draw to put more butts in the seats. With the halfway point just gone, the Home Run Derby prior to the All Star game will be one to watch.

So far, it's an appropriate allegory to baseball's boppers pounding away in 2013, and a sign as to how quickly trends in the game can change. 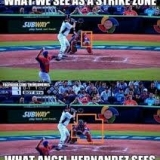 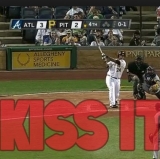