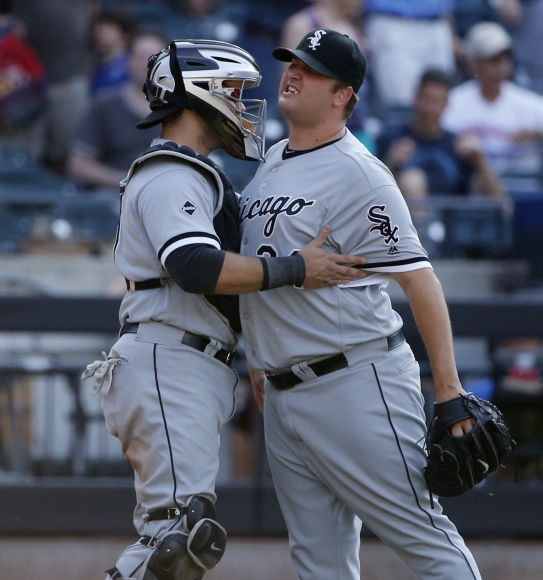 Matt Albers is a free agent.

In stark contrast to the happiness currently being experienced on the north side of Chicago, there's most certainly no joy on the south side at the moment.

The journeyman hurler was like a port in the storm, consistently providing barely adequate middle relief and general portliness.

However, his greatest contribution was simply in his name.

It's just a fun name, although the Bill Cosby association does mitigate the joy somewhat.

Let's just hope there was no foul play behind that animated fence.

Many baseball fans die a little inside every time Albers is released, which does seem to happen quite often.

The White Sox decided that the meager $3million owed to Albers was too steep a price to pay for mediocrity.

The well-traveled 33-year-old is sure to catch on somewhere, though, because he's Matt Albers and his name makes people giggle.

Perhaps next season, dude will face Coco Crisp in the middle innings of a blowout.

Not one, but two funny names.