Hernandez Trips up at the Wrong Time 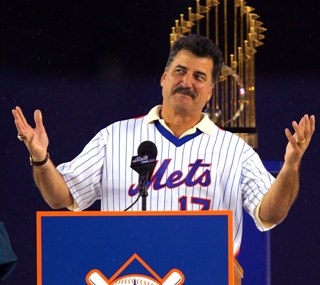 Just when you thought the last time Keith Hernandez would make headlines was his brief stint on Seinfeld, he proves you wrong with a zinger on Memorial day during the Mets-Yankees game.

Hernandez has long been calling the games for his old team and, like many other TV personalities, he lets the Mets take the show.

The idea behind calling the games is to let the players take the show; oftentimes, though, the announcers can get in the way, frequently with the help of an incredibly stupid or offensive comment. On Memorial Day, Hernandez was crowned with the worst comment of the year, describing a broken bat as a “dead soldier.” With Dale Murphy at the plate, Phil Hughes snuck a pitch inside that sawed Murphy’s bat in half. Watching the close-up of the bat, Hernandez proclaimed it a “dead solder” as Murphy strode off the field.

Now, I’m willing to give Hernandez the benefit of the doubt. It’s an old expression that plenty of people use 364 days out of the year, but there is one day that you should never use it: Memorial Day.

Hernandez has yet to comment, so the guess is that he’s either waiting for the smoke to clear and the press to ease up or he is writing up a statement to give soon. It was an honest mistake that anyone could make, but Hernandez really ought to say something to the media to at least acknowledge that it was a poorly timed comment.

Hernandez is not immune to offhand comments, though, as he once criticized a female reporter on the air.

"I won't say that women belong in the kitchen, but they don't belong in the dugout ... You know I am only teasing. I love you gals out there — always have.'' Hernandez said.

Better yet, Hernandez should skip the press conference entirely and invest in a nice, sturdy roll of duct tape. That way those questionable comments can stay where they should.