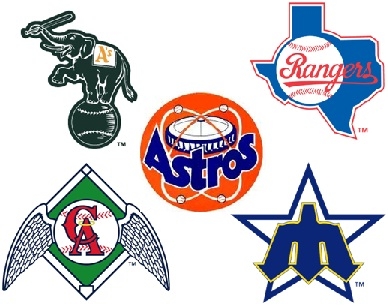 A recent trip to the grocery store led us down the magazine aisle, where my daughter wanted to see what the latest and greatest offering from Disney’s mega-hit Frozen had to offer.

However, what caught my attention was the plethora of fantasy baseball magazines displayed on the shelves.

Spring Training is one of the few times of the year where fans of all 30 teams have renewed hope and get a glimpse of the shiny new toys their GM’s purchased. It’s like Christmas in March.

And we're here in the spirit of the season.

Don't touch that dial ... err ... mouse. You're gonna get more than a glimpse of your favorite team’s chances for the 2015 season and how they might fare. We’ll review all the important moves each team made or didn’t make -- looking at you, Ruben Amaro Jr -- and predict their record, not to mention how they’ll finish in their respective division.

Let’s jump right in with the American League West, the best division in baseball. That’s right, AL East; your reign of terror is over. Just a friendly reminder: there's another coast on the States.

How’s that for a staunch prediction right out of the gate? The Fishermen missed the post-season by just one stinking game, and they were in position with Felix on the mound the last day of the season. They possess the second-longest playoff drought -- next to Toronto -- so let’s not carry that torch. October is one of the most beautiful months in the Emerald City, and the Seahawks aren’t the only team that’s going to be playing at that time in 2015. Seattle has the talent to win the division, and a win total in the low 90’s should be enough. These teams will beat up on each other all year long. Last season, Seattle handled the Angels and A’s but struggled against the Astros and Rangers. They do know that Rafael Palmeiro no longer plays for Texas, right? He was the ultimate Mariners killer, and now we know why.

Free agent acquisition Nelson Cruz should provide enough offense, so King Felix no longer has to suffer through 2-1 complete game losses. It'd be extremely helpful if the kids continued to progress towards serviceable major leaguers instead of Northwest League All-Stars. But hey, you have to start somewhere, and the Everett Aqua Sox are just 30 minutes away on I-5 (two hours during rush hour, so plan accordingly).

Can the M’s pick up seven more wins while wearing cool crème colored uniforms on Sundays? Bet on it.

The defending AL West champions were dealt some devastating news this week as OF Josh Hamilton turned himself into authorities -- ahem, Commissioner Rob Manfred -- for suffering a cocaine and alcohol relapse in the off-season.

Could you imagine an NFL player showing up at Roger Goodell’s office to explain himself? Think the first thing Goodell would do is ask to see the tape? It doesn’t matter if a tape does or doesn’t exist; get it on the record that he asked for the security video. Abraham Zapruder, anyone?

OK, enough rambling. The Angels are due for a setback, even if they have the best player in the universe, Mike Trout. If he wins back-to-back MVPs, it wouldn’t be shocking, but it also doesn’t guarantee the Angels win the division or even make the playoffs. The AL is competitive as ever with only the A’s, Astros, Twins, and Rays eliminated from playoff contention. Never mind what I said about renewed hope earlier. There is no hope in Tampa Bay, Oakland, Houston, or Minneapolis.

One of the Wild Card spots is a definite possibility here; everything would have to go right in order for this team to claim another division title. The Halos will win, place, or show in this race. Maybe going by California Angels like they used to do will reduce confusion and maximize SEO on Google. Keeping Josh Hamilton off Celebrity Rehab should be priority number one. Matt Joyce vaults to the top of sleeper lists on fantasy leagues around the world.

There is no way on God’s green Earth that the Rangers get hit with the spate of injuries that marred their 2014 season when they set a Major League record for most players used in one season (63). The talent remains high in Arlington/Dallas/Fort Worth/Irving/Plano with a full season from Prince Fielder at the top of their path to success. Jettisoned was Manager Ron Washington, who must’ve been a top spiritual advisor to Josh Hamilton, since he also tested positive for cocaine and chose the high road to step away and take care of personal issues.

New skipper Jeff Banister inherits a team that lost 95 games in 2014, the most since l985 when Oddibe McDowell led them to 99 losses. That same year also spawned the Bobby Valentine era in north Texas. Coincidence? Things can’t possibly be that bad at Ameriquest this year. It just can’t; they play the Astros too many times.

Write this down: Houston will be the most improved team in the majors this season.

Realistically, they can’t drop any further, and they actually stopped a streak of three straight 100+ loss seasons by only losing 92 games. 2B José Altuve is one of the top players in the game, winning a batting title last year. RF George Springer finished high in Rookie of the Year voting and looks to become one of the top young players in the game. Houston improved their bullpen a ton in the off season signing free agents Pat Neshek, Luke Gregerson, and Joe Thatcher. CF Dexter Fowler was traded to the Cubs to make room for Colby Rasmus and his promise. Their biggest move was trading for C/DH/LF Evan Gattis from the Braves. Expect big numbers as he aims for the choo-choo train in left field early and often in Houston.

If only they were able to sign their top draft pick, Brady Aiken, things would really be looking up.

One of the most puzzling off seasons made Moneyball genius Billy Beane go on the defensive in a flurry of moves that shipped Josh Donaldson, Derek Norris, Brandon Moss, Jeff Samardzija, and Jason Hammel out of town. They were unable -- or unwilling -- to sign free agent Jon Lester, which made the Yoenis Cespedes trade look even worse. They actually signed Billy Butler early in the off season, which made their quasi-rebuilding plan akin to throwing spaghetti at the wall.

Acquiring Ben Zobrist and Yunel Escobar from the Rays while sending John Jaso back to Tampa Bay seemed to be a knee-jerk reaction to fans' outrage over the Donaldson trade. Flipping Escobar to the Nationals for stud reliever Tyler Clippard was an excellent move. The Brandon Moss trade was the most puzzling, since it seemed pointless and all they got back was a minor league pitcher. Not the prototypical Billy Beane moves that Brad Pitt brought to the silver screen. Where’s Chris Pratt when you need him?

Even though Oaktown earned a Wild Card berth last season, thanks to Sonny Gray, they squandered a huge lead in Kansas City and lost that game to the eventual AL Pennant winners. Both starting pitchers are no longer with their respective clubs (Lester vs Shields), which is going to have an impact on both teams’ playoff aspirations.

Brandon Moss hit two bombs and had five RBI’s in that Wild Card game. He won’t be playing October baseball in Cleveland, but he'll always have King James and Johnny Football to hold his interest.