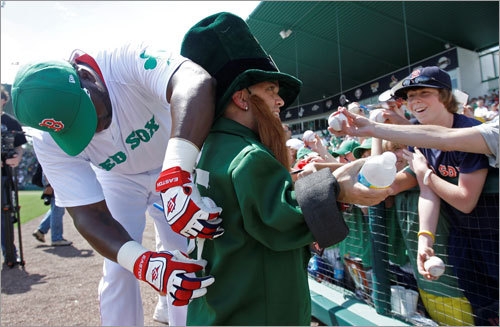 The Boston Red Sox have had a stranglehold on the American League East, winning three World Series titles in 10 years.

But the upstart Orioles won the division last season with an impressive 96-66 record, losing to the Royals in the ALCS. Since then, Baltimore's had more turnover than a Human Relations Department, losing slugger Nelson Cruz to free agency, leaving a trail of sour grapes in his wake. Now, they have some major question marks, with stars Matt Wieters and Manny Machado trying to return from injuries. Then, there’s 1B Chris Davis' PED suspension at the end of last year. Hopefully, for his sake, he's cleaned up in the off-season.

This division doesn’t possess the powerhouse teams it once held, which will provide an opportunity for a team to take the division with just a few things breaking right, because Breaking Bad only applies to drug kingpins from New Mexico. 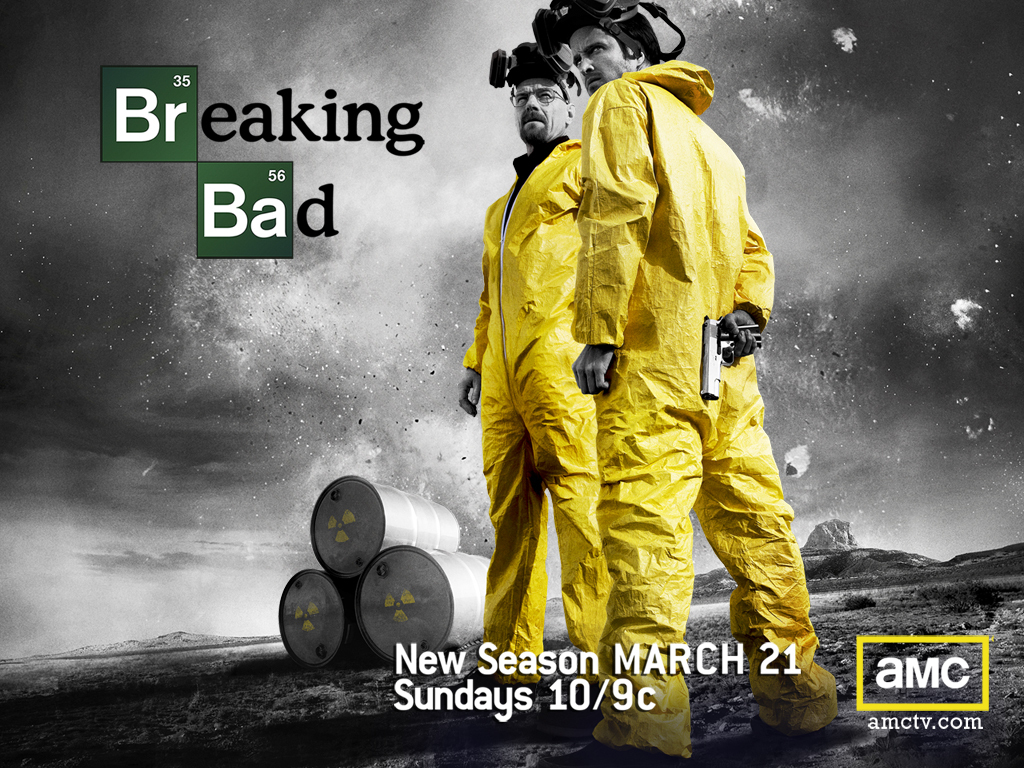 Expect some new blood to come from the East and end the longest playoff drought in baseball.

Canada's Team made the biggest splash in the Hot Stove League, trading for Oakland 3B Josh Donaldson. Adding him to a potent lineup featuring sluggers José Bautista and Edwin Encarnación makes for a potent engine room in their lineup. Signing free agent catcher Russell Martin will solidify the position that has been devoid of talent since Pat Borders donned a hoserific maple leaf hard hat. Even if they did have to extremely overpay, the Canadian currency exchange rate gives them more buying power than they’ve ever had.

Seattle Mariners castoffs may play a prominent role, too. Justin Smoak adds stellar defense and what’s left of a once promising career. OF Michael Saunders brings some home grown talent to the Great White North, as he excelled for Team Canada during the last World Baseball Classic but -- just as Mariners fans had grown accustomed -- he is on the DL already with a knee injury.

1993 was the last time Toronto was relevant in October, a mere 22 seasons ago. This time, things should be different; they'll boast one of the best lineups in baseball, a stellar rotation, and could have a sneaky good bullpen. Chances are the Maple Leafs won’t inspire renewed hope in Canada’s largest city. So it's up to the Raptors and Jays.

*Note: If you've noticed YouTube's new auto-play maneuver intended to thrust even more ads in front of you, feel free to click here to learn how to beat it as well as those annoying pop-ups.

Speaking of cash grabs, if you've noticed YouTube's new autoplay maneuver intended to thrust even more ads in front of you, feel free to click here to learn how to beat it. - See more at: http://www.daily-player.com/ncaa-basketball/everyone-wants-into-the-dance-but-hates-the-chaperone#sthash.YQGIia32.dpuf

The Bosox pulled off a very rare feat, going from first to worst in 2014 by losing 91 games. I’m predicting an exact inverse of that record and a Wild Card berth for the Chowder Heads, as they, too, made major acquisitions in the off-season. Boston dealt Yoenis Cespedes to the Tigers for Rick Porcello with the intent of making him the staff ace. Signing the Panda and bringing back Hanley Ramírez to teach him how to play LF is an interesting experiment. It also brings closure to the Josh Beckett trade, when they sent Hanley to the Marlins. The move worked out well, actually, seeing as they won their second World Series title of the decade in 2007.

Expect runs aplenty in this loaded lineup. Fenway Park's cozy dimensions are obviously conducive to offense, especially with that Pesky Pole just 302 feet away in right field. David Ortiz says, Gracias, amigo! to ex-Red Sox great Johnny Pesky. Meanwhile, in left, management may have painted 315 on the Green Monster, but legend has it Gorman Thomas stepped it off and found the true distance to be something like 285. Gotta trust Gorman.

Manager John Farrell will have this squad back on track in 2015, and he gets to stick around through at least 2017 with a new contract extension. That is unless he’s fired before then. Gotta love baseball and those guaranteed contracts; at least they still pay out.

Still, Boston needs some of the youngsters to become meaningful contributors to society. Savvy veterans Ortiz, Dustin Pedroia, Mike Napoli, and Shane Victorino are there to guide the way, or at least help them pick out a jersey number.

Their biggest coup de’etat was signing Cuban superstar Yoan Moncada, because when you got the green to throw around, what difference does it make whether you really need the player or not?

Expectations must be tempered in Charm City after a truly Cinderella season, which ended with being swept in the ALCS at the hands of the Kansas City Royals. This matchup wouldn’t have even been possible five years ago, as both teams were perpetually mired in their respective AL basements.

Even with the Orioles winning their first division title since 1997, injuries to Machado and Wieters were just too much to overcome. Slugger Chris Davis didn’t do the team any favor,s serving a 25-game suspension that will continue through Opening Day in 2015.

Losing reigning AL home run champ Nelson Cruz to the Seattle Mariners was a huge loss, as he once again proved he's one of the greatest post-season players ever ... at least, when he's not in the outfield. Money well spent Seattle! DH him if you make the post-season.

Ace Chris Tillman is ready to take over the top of the rotation, and CF Adam Jones will continue to produce at all-star levels. Jones is second only to Mike Trout for the top overall rating among AL CFs. Ironically, both players were acquired from Seattle in the infamous Erik Bedard trade. Are we even for signing Nelson Cruz or what?

Unfortunately, after Tillman, the rotation has more question marks than the Riddler. If closer Zach Britton can repeat his 2014 performance, the Orioles will be in a ton of close games, which is all Manager Buck Showalter can ask. The rest is left to dumb luck or whatever mood the baseball gods are feeling that day.

This is the epitome of a train wreck that you can’t look away from, and the whole situation gets more intriguing by the day. Alex Rodriguez will dominate the back pages of the New York Post/New York Times/National Enquirer/Cosmopolitan/Mad Magazine as the world of sports and tabloid news continue to mesh as if prima donnas are a magical revelation.

With the Captain sailing off into the seas of retirement, the focus shifts to A-Rod. But if anybody else in pinstripes is healthy enough to answer questions before/during/after a game, please, send a text to the press box and we’ll get a hot intern down to the dugout right away.

A two-year post-season hiatus has the Bronx jeering rather loudly, and things aren't looking up when the Bombers are trotting out Stephen Drew at 2B. Why, dudes, didn't you pay Canó?

CF Jacoby Ellsbury is already on the shelf with an oblique injury. It'll be a thorn in his side all season.

Changing to pinstripes didn't pay off for catcher Brian McCann; he had a dreadful season. He needs to bounce back in a big way. Otherwise, the Yankees will be fighting to stay out of the cellar.

Don't feel bad for the Bronx Bombers, though. Few will. After all, they're winners of 27 World Series and 40 AL Pennants.

Hey, only three more seasons until A-Rod retires, so their fans have that to look forward to.

What's going on by the Bay? Another off-season of trading away star players. This time, it's Wil Myers, Ben Zobrist, Jeremy Hellickson in what constituted a haphazard rebuilding effort that didn't have the keen eyes for talent of Joe Maddon and Andrew Friedman. Time to see what their understudies learned.

In an even stranger twist of fate, Tampa Bay found an unlikely trading partner with another team by another bay, the Oakland A's, who aren't quite sure if they're rebuilding or using smoke and mirrors with the appearance of contending.

After Maddon slithered off to the Windy City, Tampa was left scrambling to find a replacement and tagged ex-Catcher Kevin Cash. It's become cliché to hire former catchers as managers, but the Rays were put in a tough spot. Ace Alex Cobb has had injury problems this spring leading to speculation that he too may be headed for Tommy John surgery. If Cobb can't go on Opening Day, expect Drew Smyly to get the nod. He pitched well for Tampa down the stretch after being acquired from Detroit in the David Price trade.

Potentially, this could be an historically bad offense with John Jaso tabbed as the DH. An outfield of Steven Souza, Desmond Jennings, and Kevin Kermaier may struggle to reach double-digit home runs as a trio.

Expect 3B Evan Longoria to lead the league in intentional walks. Yikes!