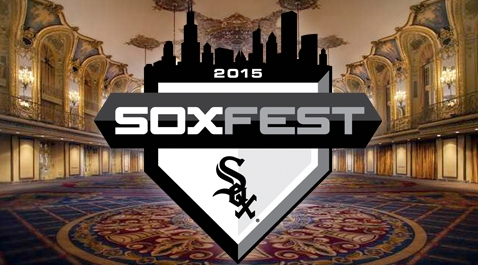 The road to the American League Central title drove a path through the Motor City once again in 2014, as the Detroit Tigers claimed their fourth consecutive division crown.

And then, another disappointing playoff showing ended with their being swept in the Division Series at the hands of Baltimore's Orioles.

Still the division provided new blood to the post-season,as the upstart Kansas City Royals returned to it for the first time since 1985. If only Alex Gordon had some wheels, they likely would’ve done a victory lap next. See what I did there?

Facing the prospect of finishing near or in the Central's cellar, the White Sox spent the off-season making wholesale changes in an effort to be competitive with the Royals and Tigers in 2015. But those two didn't sit still, either.

It’s going to be quite a race in this division, as predicting a winner from these three is too close to call. Pretty sure you can rule out the Twinkies and Chief Wahoos. It’s not 2002.

Not a good start to the spring when ace Chris Sale revealed he broke his foot and sprained his ankle stepping off his truck. That’s why they have ladders or man servants, dude. The ChiSox got bold in the off-season, signing free agent sluggers Melky Cabrera and Adam LaRoche along with Dave Robertson to take over closer duties. A blockbuster trade with Oakland brought SP Jeff Samardzija back home, where he excelled for the Cubs. The South Side should treat him well; US Cellular Field is a pretty friendly pitchers' park.

Some other pieces were picked up, like C Geovany Soto, 3B Conor Gillaspie, super-utility man Emilio Bonaficio, OF JB Shuck and RHP Zack Duke. Even hiring former speedster and firecracker tester Vince Coleman as a baserunning instructor was a great move.

Manager Robin Ventura is a hometown hero, bringinf a steady hand and a wealth of baseball knowledge to his fourth season in the dugout. The Pale Hose haven't been to the post-season since 2008, so the South Side gangs are getting anxious. If defending AL Rookie of the Year José Abreu is mentioned in the MVP discussion, expect that to change; otherwise it’s reruns of The Mystery of Al Capone’s Vaults. Spare us all, please!

Just like last year, when the Royals finished one game behind the Tigers but claimed the Wild Card, the 2015 shoe will drop on the other foot and the Tigers will find themselves as a Wild Card team, missing the division by one game to the White Sox.

And like Chicago, Detroit made some bold moves, trading Rick Porcello to the Red Sox for Yoenis Cespedes and RP Alex Wilson, and then acquiring SP Alfredo Simon from the Reds for a dude who pitched in the Midwest League with the West Michigan Whitecaps. Great move! 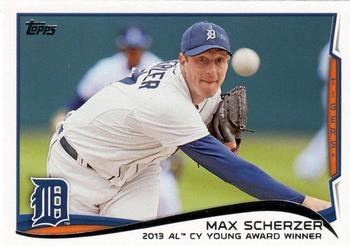 They quickly signed DH Victor Martinez to a long-term deal, not letting rival GMs dangle dollar signs in front of his nose. Allowing Max Scherzer to sign with the Nationals, on the other hand, was not the best decision, but the nation’s capital blew its budget on Mad Max, holding true to DC principles.

Late-inning relievers once again had trouble handing over a lead to closer Joe Nathan, so naturally Detroit looked to address this issue, signing Joakim Soria, Joba Chamberlain, and Tom Gorzelanny to stop the bleeding. Had they inked free agent stud closer Joaquin Benoit when he was eligible, maybe they wouldn’t be having these issues. Who would want a 1.49 ERA, 0.77 WHIP, .151 OAV, and 10.60 K/9 IP in your bullpen? Clearly not the Tigers, but the Padres can take a hint.

Bringing back the legendary Alan Trammell as a special assistant to the President, CEO, and General Manager was a nice touch, since he and Kirk Gibson were both fired in Arizona. Are Lou Whitaker, Lance Parrish, and Jack Morris available? Teams really should look at reuniting popular players with their former teams. Heck, I think Bill Freehan would be a great bullpen catcher. At least you wouldn’t have to pay for all these dudes to fly in for Old Timers Day.

After the euphoria of being on the verge of winning the World Series in their home park, Royals fans are probably still reeling after Alex Gordon's dramatic, two-out single in the bottom of the ninth off World Series MVP Madison Bumgarner. It'll be a legendary what if moment forever.

Well, you gave it a good run, KC. You just had the unfortunate luck of facing the greatest post-season pitcher of this generation, as Madison Bumgarner picked up that five-inning scoreless save.

Things won’t be as easy this time around. Longtime fan favorite Country Breakfast Billy Butler signed with Oakland, Nori Aoki enjoyed getting beat by the Giants so much that he signed with them, and in typical small market fashion, Kansas City lost prized free agent SP James Shields to fellow small market rivals -- and big off-season noisemakers -- San Diego Padres.

The Royals did well to lock up some of their youngsters to long-term deals and they’ll need those kids to continue improving in order to remain competitive. I’m talking to you, Eric Hosmer, Mike Moustakas, and Alcides Escobar. And you, too, Lorenzo Cain and Alex Gordon.

Basically, the Indians and White Sox will swap spots, as the Tribe is just one season removed from an AL Wild Card berth. I knew when they hired Terry Francona that he'd turn things around quickly, but the fact of the matter is Cleveland just doesn’t have the talent to compete with the leaders in the Central.

Even with reigning Cy Young winner Corey Kluber -- for the record, King Félix got robbed -- and MVP finalist Michael Brantley, the Tribe are still relying on players like Nick Swisher, Michael Bourn, and Lonnie Chisenhall. They got a steal trading with Oakland for OF Brandon Moss, but that was their lone impact move, which will have an impact on a few relievers' ERA’s. Odds are Moss is going to hit a lotta solo homers in this lineup.

Their projected opening day SS is José Ramírez. I was going to spare you the Major League quotes, quibs, and clips but I just couldn’t help myself.

The pitching is going to be the real dead weight on Lake Erie's shores. Besides Kluber, former first-round pick Trevor Bauer will be expected to prove his worth. After all, they only gave up Shin-Shoo Choo to get him.

Handing over closer duties to second-year hurler Cody Allen is a bold move, but it’s not like they have much choice. Bruce Chen is in Goodyear, Arizona right now, if that tells you anything.

Best move they made is extending Terry Francona through the 2018 season. He’s the modern day Lou Brown.

Only the Phillies are projected to have a worse record than the Twins, as Minnesota must wait patiently for their kids to grow up. This could be the worst lineup in the majors, even with a healthy Joe Mauer. Bringing Torii Hunter back for another stint was sweet; however, it’s not 2002, and I really hate repeating myself. Hall of Famer Paul Molitor was hired to be the new boss when Ron Gardenhire was fired after 13 seasons on the bench. Kind of tough to argue against his release. The Twins suffered their fourth consecutive season of 90 losses or more, and the GM wasn't gonna fire himself.

The Twinkies did get to host the All-Star game last season, and theie one bright spot was having catcher Kurt Suzuki and closer Glen Perkins finish out the game. But I’m afraid there will only be room for one Twin on the 2015 All-Star Game roster, unless Joe Mauer rediscovers the magic.

DH Kenny Vargas is listed at 6-5 and 290 pounds, so if the Vikings need OL help, he should be available come 5 October.

Growing pains are a part of life, and like Hostess, the Twinkies will be reborn again in the future, but not out of bankruptcy court. Remember when the Twins were targeted for contraction? Maybe Bud was on to something.

That was needless subtraction, like the Common Core curriculum.