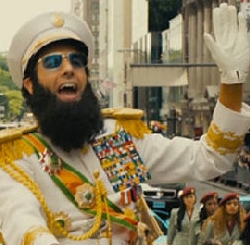 All-Star games are broken. In all sports. They just don't seem to ever quite work.

The MLB has the only All-Star game that actually matters, seeing as the winner gets homefield advantage in the World Series.

Luckily for the American League, the Kansas City Royals found a way to make it so that then America League is basically guaranteed a loss.

The Royals were the lovable rejects in last years World Series. Many don't know how they got there, but once they performed their hearts out and gave the Giants a run for their money, they surely made a lot of new fans.

Maybe too many new fans.

Now, somehow, eight of the nine American League starters will be Kansas City Royals. Among them:

How does this happen?

This game matters. The Commissioner has to step in and do something. The Royals must have one hell of a voting campaign. Why can't any other teams, even in markets so much bigger than Kansas City, manage to get any votes?

This really doesn't look too great for baseball. Omar Infante is going to start the All-Star Game with a whopping .204 batting average. People in Kansas City don't even want him starting for their own team, but they're voting him into the All-Star game.

The New York Yankees have had nine players voted to the All-Star game on four occasions, all before 1958. In 1957, the Cincinnati Reds fans stuffed the ballots and got seven Reds voted in; the Commissioner intervened in this case. It just so happens that the All-Star game is in Cincy this year. What a coincidence.

For the good of the game, something has to be done.

This isn't like basketball, where teams can score upwards of 160 points because nobody plays defense, and where someone like Allen Iverson can get voted in at the age of 33 just because he's Allen Iverson.

At least the NFL realized the Pro Bowl is a bit of a joke and turned it into a real life fantasy draft.

And there's no way on this Earth or any other planet that NHL players are gonna take the body in a mid-season exhibition. Frankly, their All-Star game looks more like an NBA regular season game:

If this type of voting continues or a rule change isn't put into effect after this season, the MLB may as well treat their All-Star game like the other sports and return it to insignificance.

But it would still be preferable to see a good game.