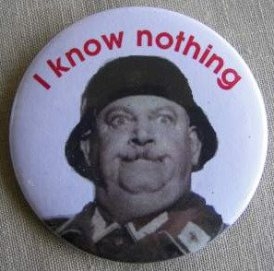 You know the old saying, If it ain’t broke, don’t fix it.

Well, what if it’s so broken that any attempt to fix said problem is met with scorn and disdain?

Okay this isn’t the 15th-century King of England trying to impose taxes on chainmail, but the Baseball Writers' Association of America (BBWAA) one-upped Congress and got something done this year.

They implemented changes to the voting process on the Hall of Fame for the first time in thirty years.

Too little, too late? Better late than never? No shit, Sherlock? All these bromides can be applied to the utter lack of leadership and guidance provided by the baseball writers over the past few decades.

If you recall, we reported the BBWAA elected the first African-American President, which had to delight the Al Sharptons and Jesse Jacksons of the world.

Really, all this amounts to is HOF candidates appearing on the ballot for five less years.

If we can read between the lines -- and we can -- the BBWAA is punting on steroid candidates like Roger Clemens and Barry Bonds and letting them fall to the Veteran’s Committee, which seems to be doing a better job than the actual BBWAA in electing players and, in 2014, managers.

In deference to the Pro Football HOF induction ceremony in Canton with its great 2014 class of seven notables, I say the more the merrier.

One big mistake the BBWAA had the chance to rectify was to remove the ten-player voting limit. This would seemingly unclog the backlog of overqualified candidates to get their plaques, as first-timers Randy Johnson, Pedro Martinez, and John Smoltz will appear on the ballot next year. Throw in a Gary Sheffield here and a Nomar Garciaparra there, and we have a crowded ballot.

Bottom line is this: voters should be able to cast a choice for as many players as they want and not be limited by an oligopoly. And while we're in bash mode, writers, of all humans, should understand their language and insist that their minions do, too!

More change is needed to bring the HOF voting process in line with sports fans across the globe, especially in this day and age of instant information.

Here are other changes I strongly recommend:

I'm obviously expecting there to be many more changes coming to the Hall of Fame voting process. I'm patient. The BBWAA only acts every 30 years, so by the time Mike Trout is eligible for the HOF, maybe they'll have a rule that a player is eligible for the Hall the second after he retires. In this day and age of instant information -- and attention spans lasting about three yoctoseconds -- it would certainly behoove them to speed up the election process .

Wayne Gretzky received this honor. Baseball's best of the best should be eligible for the same.