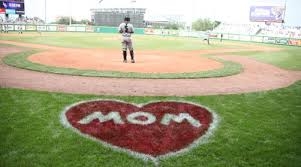 While Mother's Day joins other holidays in America by being a focal point of commercialization, it's somehow managed to avoid being merchandised to obscene levels.

Yes, there's a spike in greeting card sales and flowers, but this is your mother, for crying out loud! Show some respect!

MLB and merchandise go hand-in-hand, and Mother's Day was no different. Pink bats, pink shoes, pink undershirts, and if you were one of the lucky few to purchase a King's Court ticket at Safeco Field last Sunday, you received a limited edition King Felix t-shirt and matching K-card.

Even the Safe's season-ticket holders received special Mother's Day ducats accompanied by pink ribbons. On top of that, the first 10,000 'mothers' to tilt the turnstiles even got a special sun hat. It was all about Mom. 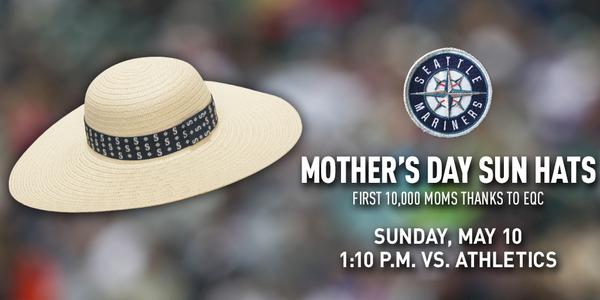 There were also several intriguing Mom's Day matchups and important happenings on the field Sunday, including none other than the Seattle Mariners sweeping their division rival Oakland A's at home. Félix Hernández improved his record to 6-0 with a 1.82 ERA, allowing just two solo HRs to A's SS Marcus Semien, of all people.

In front of moms and everyone else, King Félix became the fourth-youngest pitcher to record 2000 strikeouts. Quite an impressive feat at such a tender age! You never know with irascible baseball voters, but odds are he won't be getting skunked on that Cy Young award this season.

On the other coast, a rather unexpected chucker recorded his sixth win of the season: none other than Mets paperweight Bartolo Colón. He's squeezed himself into a time machine and traveled all the way back to 2005. 'Way to go, big fella!

Nationals' OF Bryce Harper continued his torrid stretch, going 2-4 with a double, and he picked up his 28th RBI on the young season. I think it's safe to say he's having a breakout campaign.

The struggling Chicago White Sox pulled off the unthinkable against Cincinnati, garnering a walk-off win against the virtually unhittable closer Aroldis Chapman. Further proof that you haven't seen it all when it comes to baseball.

Finally, the AL Central-leading Kansas City Royals snuck out a tight extra-inning victory in a rain-delayed game in Detroit. Closer Greg Holland escaped a bases-loaded jam for his sixth save of the season. Clearly, he gave his Momma extra wrinkles with that performance.

Moms will continue to be honored and cherished long after Their Day is over. And of course, expect another day of pink bats and fringe-lined chest protectors next season.

After all only a mother could love this face.

And dads, your day is next! As if every day at the ballpark isn't!

That son strapped to his chest had total, oblivious trust!