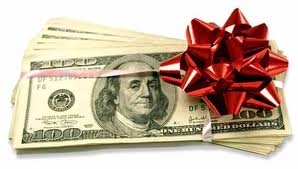 Two streaking teams go head to head in an AL West battle Monday as the Texas Rangers, fresh off a three-game sweep of Seattle, take on the LA Angels of Anaheim, who did the same to Detroit over the weekend.

So something has to give in the opener of the series, and we strongly believe it will be the Angels who revert back to their losing ways. Derek Holland takes the mound for Texas, and he has been stellar so far this season. Holland (1-1; 1.64 ERA) was even very sharp in his only loss, going eight strong in a 2-0 defeat to Tampa Bay on 10 April.

As you will also find on our Bovada data tool provided on the Home page, Holland has made it into the seventh in all three starts so far, and opponents have scored exactly two runs in all three Holland starts. That's consistent.

Angels starter Joe Blanton has been consistent, too, but consistently bad. He comes into Monday's contest winless at 0-3, with an ERA of 8.59. He doesn't have recent success to brag about against Texas either, giving up over four runs a game and averaging eight hits allowed against Texas.

To make matters worse for the Angels is that, even though they are winning, Josh Hamilton still isn't hitting. The former Ranger is 1-21 and only had three hits in 21 at bats in Texas a few weeks ago.

For some reson, Bovada has the Angels favored here (-114), and we see this as a great time to play a dog and get some value because this one looks a lot like a Ranger victory.