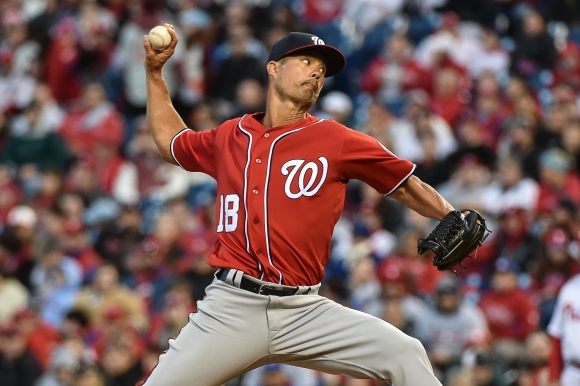 Birthdays are supposed to be fun.

Clearly, the Phillies didn't get that memo.

Jeremy Guthrie made a spot start against Philadelphia last week on his most very special of days.

In fact, Guthrie spent part of his 38th birthday making some rather dubious MLB history.

The lone silver lining is that it ended quickly.

Guthrie somehow failed to make it out of the first inning, allowing a spirit-crushing 10 runs while recording just two lonely outs.

And now for the history.

Incredibly, Guthrie is the only dude to ever allow 10 or more runs in less than an inning on more than one occasion.

Yes, he actually did this once before with the Kansas City Royals back in 2015.

Tragically, this ERA could stay that way for the season, as Guthrie was designated for assignment by the Nationals almost immediately.

Maybe for his next birthday, Guthrie will simply avoid the mound altogether.

Perhaps some pony rides, instead.