Hangin' with a Small Dog 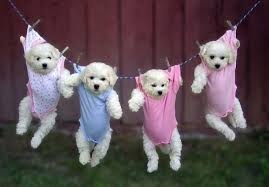 There shouldn't be many days where the Los A ngeles Angels of Anaheim are favored over anybody this season (unless they're playing the Astros, and even then maybe about half the time).

But today is one of those days. They are a favorite and I'm still trying to figure out why.

Anaheim (15-27) looks to salvage a split in their four-game series with the White Sox today after Saturday's 12-9 win over Chicago in a game that saw the Angels set a season high for runs scored in a game. It also ended their fifth losing streak of three games or more already this season. That doesn't leave a team with a lot of opportunities to string together winning streaks, and today doesn't appear to be the time for that, either.

Chicago will start Jake Peavy today (5-1; 2.96 ERA), who looks for a win in his fourth straight start. Peavy is striking out, on average, more than a batter per inning and is coming off a solid outing against the Twins Tuesday when he went 7 innings, only giving up 2 runs on 5 hits and striking out 6 in a Chicago 4-2 win.

Peavy will be opposed by Jason Vargas who also is coming off a nice performance against Kansas City Tuesday. He, like Peavy, went 7 innings and gave up two runs and 5 hits. But for Vargas, that outing  has been the exception rather than the norm. For Peavy, it's the other way around.

I also think Chicago is a strong play here based on the fact that the Angels are coming off a win. The Halos have lost twice as many games after a win than they have won at 5-10. Angels outfielder Josh Hamilton has been very good against Peavy, 7-for-15 lifetime with two homers. But lately, Hamilton has struggled, batting right around .200 over his last 15 games. Chicago's Alex Rios, on the other hand, carries a 13-game hitting streak into today's contest, with a slugging percentage of .755 during that span.

Bovada has the White Sox as a slight underdog here (+105) and Chicago hasn't exactly lit the world on fire this season at 19-22. But today's pitching match-up and the Angels' more drastic struggles tell me the White Sox are another dog I have a hard time passing up.