Guillorme with the Grab 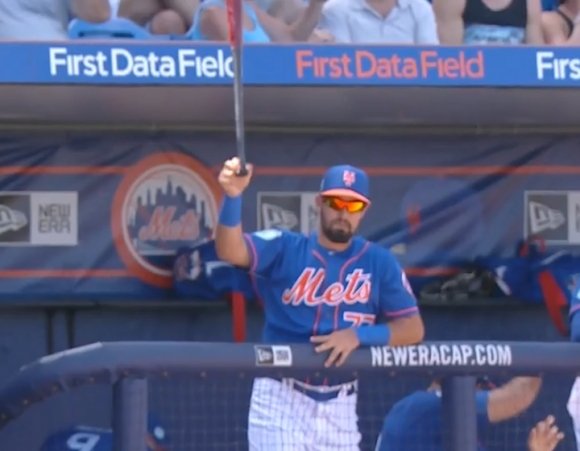 It’s the month fans of a certain disposition await with bated breath.

College basketball? What's this blasphemy of which you speak?

No. March is time for another great sporting event.

Seamheads have been enduring the harsh winds of winter for this segment of the calendar.

The warmth of spring.

The smell of freshly bloomed flowers.

The season of the Cactus and Grapefruit Leagues is finally upon us.

For every team -- yes, even the Phillies -- this is when the promise of a hopeful season begins, one that will hopefully last long after the summer has come and gone, when real teams grit out the cold night air of post-season October baseball.

Poetics aside, a good number of dudes in camp could really care less about meaningless Spring Training games. And who could blame them?

With 162 regular-season games on the docket, who really wants to play another 30 that mean absolutely nothing come Sun 2 Apr

However, not every player in camp is so fortunate to not give a damn about March baseball. For them, Spring Training offers them an opportunity to make a name for themselves.

And zounds! Did Mets infielder Luis Guillorme ever do that this week!

Making an incredible catch is amazing enough, but when he grabs a twirling bat of doom whipping right at his head like it was nothing? Well, where's that MLB contract?

Look at his other Mets teammates as they try to run and hide for cover.

Move over, Antonio Brown. Forget it, Odell Beckham. Julio Jones; who's that?

Maybe Guillorme can use his newfound fame to help break camp at month's end.

If he can catch a bat, why wouldn’t he be able to catch a ball with an actual glove?

Dude's saved a life, too:

Guillorme's feat has clearly opened doors for his future.

Iif his baseball career doesn’t pan out, he could always try his luck as a drum major.