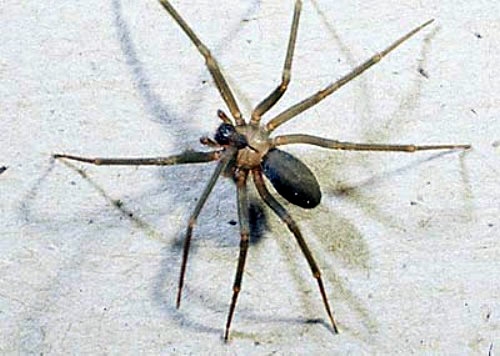 It was a wacky Wednesday around the big leagues yesterday.

Yasiel Puig found himself in the middle of controversy again as he was pulled from the Dodgers 4-0 victory over the hapless Cubs. They may as well have been playing the Iowa Cubs. Still, Dodgers Manager Don Mattingly pulled Puig in the top of the fifth inning because his defensive posture didn’t jive with Dodgers coaches.

It's clear the dashing Cuban was benched for not dashing to second on a ground ball that became a double play. Don't they slide in Castro's fantasyland? Is laundry detergent that precious? Puig took that faux pas to the field with him and found out the hard way that pouting just doesn't pay off.

Especially when he's playing for a manager who's been there.

Don Mattingly was suspended for letting his sideburns grow too long when he was playing with the Yankees, so he’s no stranger to controversial appearance.

Has Puig ever been to a job interview? Doesn’t he know body language is more important than a résumé?  Puig was replaced by Skip Shumaker, who later had an RBI single in his first AB and showed much more defensive readiness than the NL Rookie of the Year favorite. Way to go, Skip! Looking lonely on the end of the bench, Yasiel. Maybe that was your teammates' way of letting the manager's message sink it.

I’m not questioning Mattingly’s decision to pull Puig, but why not let starting pitcher Ricky Nolasco finish the game? He went eight innings, yielding three hits, striking out 11, and walking just one.  Perhaps 117 pitches were just too many -- most MLB trainers and orthopedic specialists consider 120 to be the red line -- or Mattingly is resting him for the playoffs, which are now only six weeks away!

Nolasco helped himself by grounding into a fielder’s choice in the fifth inning, scoring Juan Uribe from third base. Who says they need to abolish the DH?

There were also some important match-ups with playoff implications yesterday, starting with the Orioles and Red Sox.  Chris Davis hit an RBI double and a solo home run to add to his MVP credentials, but the Red Sox prevailed in the eighth inning when Mike Carp hit a pinch-hit RBI single. Craig Breslow picked up the win and Koji Uehera earned his first save of the season. Perhaps the BoSox have found their new closer!

Two certain American league playoff teams, the A’s and Tigers, squared off in bankrupt Detroit. Oakland pounded out 21 hits and 14 runs, led by Brandon Moss with two round-trippers and six RBI’s. Tigers righty Doug Fister had a rough day, allowing 13 hits and seven earnies in just five innings. Miguel Cabrera only had a single and trails Chris Davis by five home runs in his quest for back-to-back Triple Crowns. Let’s pick it up, Miguel!

The Cincinnati Reds gained ground on the St Louis Cardinals, pounding them, 10-0. They were led by Jay Bruce and his five RBI’s. Cardinal ace Adam Wainwright served up nine earned runs in just two innings pitched. Ouch!  Joey Votto walked three times to increase his league leading OBP to .435. Now, that has to make the Sabermetric stat heads euphoric!

The final potential playoff matchup was between the Indians and Braves, which had to have the politically correct activists just steaming mad. Seriously, both teams are in a no-win situation. If Cleveland reverts its nickname back to the Spiders, no woman would ever attend a game again. Either that or Cleveland gives spider spray to the first 10,000 fans. The Braves paid homage to the great Civil War leaders by wearing Confederate gray jerseys. That might not be much of an improvement!  Braves won the game, 3-2, and Craig Kimbrel lowered his ERA to 0.99. It’s just not fair.

On the other end of the spectrum, there was the Astros at White Sox in a rematch of the 2005 World Series, where the global sporting public was introduced to Bobby Jenks. If you attend an Astros-White Sox game this late in the season, they should pay you!

The Phillies at the Mets, Giants at the Rockies, and Padres at the Diamondbacks were played simply because they were on the schedule, fans purchased tickets, and there was cold beer and cracker jacks for sale. I hear Colorado is beautiful this time of year. The Broncos are girding for the gridiron; the Avalanche and Nuggies are gathering for training camps; the Buffs, Rams, and Falcons are getting set for kickoffs; and the balls are still being knocked around Coors Field in meaningless abundance.

In a game where I turned down the opportunity to attend for free, the Texas Rangers played the Seattle Mariners in an afternoon tilt with King Félix on the mound for Seattle. He delighted the crowd by getting shelled for eight earned runs in three innings. Seattle residents are starting a petition to rename his rooting section from King's Court to Jester's Court. They only need to gather 200,000 signatures to get the referendum on the ballot by November. Nice to see Adrian Beltre can hit a homerun while playing for the visiting team, and it makes me warm and fuzzy that the Mariners moved the fences in so the Texas Rangers can hit home runs!

Hope you all enjoyed yesterday’s action from around the diamond, as today brings even more great match-ups with Bartolo Colón facing off against Max Scherzer and Chris Tillman against Jon Lester. You'll find the day's best bet in our Daily Stake section. Play ball!