Gordon's Down with Injury, Gardner's Now an All-Star

Published on 9-Jul-2015 by Trent Jackson 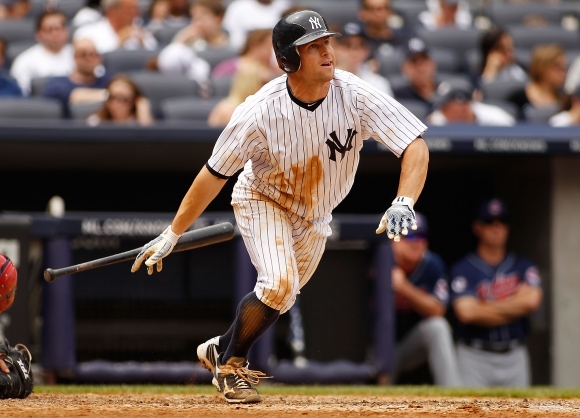 In an interesting turn of events, AL Final Five candidate Brett Gardner has been added to the American League All-Star roster without needing the fans' help, after all.

Kansas City Royals' LF Alex Gordon, who was selected by the fans -- everyone knows the story by now -- as a starting outfielder, will be out for about eight weeks with a strained groin muscle:

In an All-Star vote that was undeniably dominated by Royals fans, Gordon was among the more deserving of the Kansas City selections.

Batting .279 with 11 HR and 39 RBIs, the AL champs' left-fielder was a large piece of the Royals lineup, who currently lead the AL Central. Aside from losing one of their many All-Star reps, Kansas City will now need to figure out how to replace Gordon for the rest of July, and most likely, all of August.

Gardner, who will be making his first All-Star appearance in eight seasons with the Yankees, will be added to the team as a reserve outfielder, while Adam Jones will take over the starting spot for Gordon.

Gardner is batting .303 with 10 HR and 40 RBIs so far. The news was announced in Yankee Stadium during the Yankees 6-2 victory over the A's, a game in which Gardner went 3-5 with a bomb.

Before the decision was made, Gardner was fourth in the Final Vote. As the injury was to an outfielder, either Gardner or Yoenis Cespedes were the logical choices for replacement, as both play left field.

Gardner was ultimately given the nod and will pack up for Cincinnati after the Yankees' road trip to Boston.