Good News: Giants in the Thick of It; Bad News: It's Really Thick 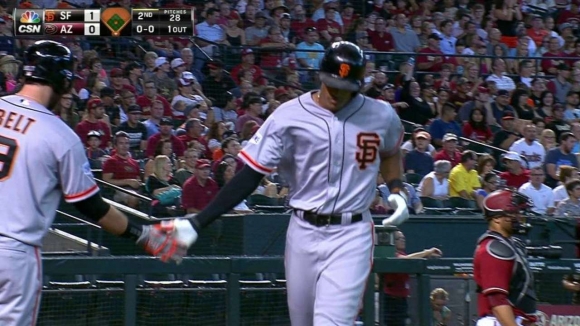 San Francisco's doing what it can to keep the NL West race interesting.

Roaring out of the All-Star break with a six game winning streak that took advantage of those hapless Phillies, Orange & Black will likely need to string together something similar to overtake the cash-dripping Dodgers.

After all, when Los Angeles trades for dudes they're simply going designate for assigment -- eating $8million -- just to get a back-rotation right-hander, it's a sign the Death Star has traded coasts.

Entering Wednesday, San Francisco is a half-game behind Chicago for the road card, and that half is in the loss column.

And just as St Bud wanted, the pixie dust of clinging hope is again spread far and wide:

With two intradivision foes still in with a shot, the Giants will spend the next two months fending off challengers as much as chasing the leaders. And of course, they're still after the West's brass ring itself and have six games left against the Bums.

Checking the rest of the schedule, it can still be said San Francisco is the master of its own fate:

That's 19 of their remaining 56 games against imminent threats, or roughly one-third of their sked. Reality can truly bite.

So who steps up for San Francisco's patchwork rotation? The trending Mets are counting on Mjölnir to crush it in the close ones. Can the Giants find anything similar?