Gonzo Still Miffed over Call at the Plate 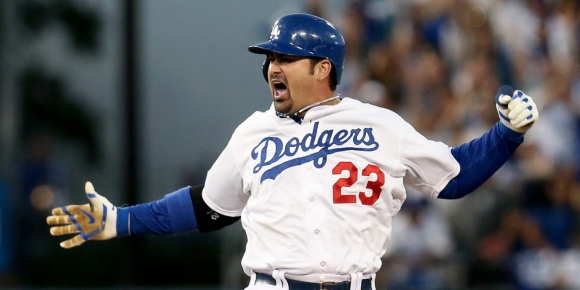 The Chicago Cubs woke up just in time to take Game 4 in L.A., evening the NLCS at two games apiece.

However, Adrián González and the Dodgers are a little preoccupied.

A tight play at the plate was initially called out on the field and subsequently upheld via replay.

Gonzo was the victim in question and is now seemingly convinced the call is part of some vast MLB and media-fueled conspiracy.

Yes, this was a close play.

However, it falls under the category of inconclusive, or too close to overturn for laypeople who prefer plain English.

But Gonzo is not having it and took to social media with his paranoid delusions.

A-Gon even had a lengthy discourse with the cameras while the play was being reviewed, suggesting that the Fox replay clearly showed he was safe.

Perhaps Gonzo is trying to achieve martyrdom by playing the victim card, but this call didn't force the Dodgers to allow 10 runs or commit four errors.

So, in summary, there's no conspiracy to simultaneously put the Cubs in the World Series by throwing the Dodgers under the bus.