Gomes Warns A-Rod Not to Go against the Union 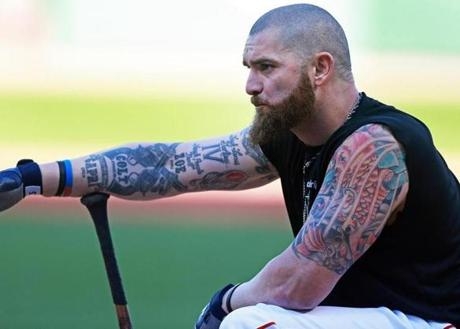 As we reported ten days ago, Alex Rodriguez plans on suing Major League Baseball and the players' union for their lack of support during his suspension case.

A-Rod ended up losing his case and as matters currently stand, must serve a 2014 ban. Of course, he wasn't pleased with the result and decided to take out his frustration on the players' union.

Naturally, the players aren't too happy about this development, and one player who's gone public with how the players feel about A-Rod's suit is Johnny Gomes of the Boston Red Sox.

Gomes let it be known recently that Rodriguez had better watch is step when it come to suing the union.

“[A-Rod] does steroids or whatever, it sucks. He does this or that, it sucks. He’s always in the news, it sucks,” Gomes told the Boston Herald Thursday. “But this is the players’ union he’s going against. It’s all of us. Not a real good idea.

“I think what he had going on is pretty individual. He did it. It was his decision, his suspension. But I don’t think it’s really a good idea to go after our union. Down to my [expletive)] kids, down to the benefits we have, down to our retirement fund, the union makes our lives better. We pay dues to the union for our rights.”

A-Rod was already not well liked by fans and players. Hell even his own teammates disliked him, but knew he could help their cause when he was in the lineup. In fact, the irony of A-Rod's career was summed up when he returned to the Yankees' lineup against Boston last season:

And he isn't going to help his case against MLB by going against the strongest union in sports.

By the way, have you looked at Gomes? Would you go against this guy?

And if A-Rod tries to make a comeback in 2015 -- that is, if his contract is picked up -- the players will probably make his life a living hell. if he's not living there already.