Going Under (by) The Needle 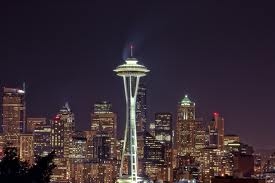 The Seattle Mariners host the Texas Rangers to open a three-game series today at Safeco Field, where Mariners pitchers Joe Saunders will try to continue one of the more bizarre Jekyl and Hyde trends in the majors right now.

Saunders takes his 3-4 overall record and 5.64 ERA to the mound with overall numbers that certainly won't strike fear in the minds of Ranger hitters. But 'overall' is the operative word here, because if you break down his results at home versus on the road, it's a completely different story. Just take a look at the numbers below:

Now that's about as Jekyl and Hyde as it gets, but Saunders' Safeco success extends well beyond this season. Lifetime, the lefty is a perfect 9-0 with an ERA of 1.72 at 'The Safe' in 13 career starts, spanning his current stint with the Mariners as well as four other teams for which he's pitched in his career. He was sharp facing the Rangers at home last month, going seven innings and allowing just a run in a Rangers 3-1 win. Saunders says pitching that well in one park is "flukey," and maybe he's right. But after 13 starts and that kind of success, I will ride that train Friday, counting on another gem and a game that stays below Bovada's total of 8.

Not only can Saunders be expected to be a tough hit at home, but the Mariners may well have hitting struggles of their own. Seattle bats haven't lit the world on fire all season long and have especially gone cold of late. The Mariners have lost six straight games, are averaging just under three runs per game in their last seven, and have scored a grand total of one run over their last two. They also are among the worst hitting teams in the majors, both overall and against right-handers like the one they will face Friday.

Rookie Justin Grimm (3-3; 4.02) has already faced Seattle twice this season and has done so with considerable success. You can see the evidence using our Bovada data tool on the Home page, where it shows his record in the two starts is 1-0 with an ERA of 2.70.

Considering Grimm's numbers, Saunders pitching at home, and the Mariner bats barely cracking a sound (no pun intended Seattlites), I'm going to count on a pitcher's battle tonight. That makes for a tough call of a winner or loser, but one that under players should find profitable.

My pick:  Texas Rangers vs Seattle Mariners     under 8