Published on 8-Jan-2014 by Stacey Mickles 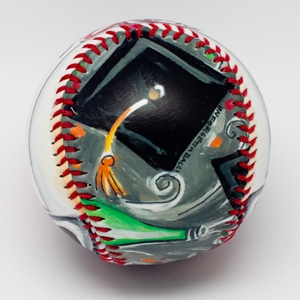 This will be one of the few times over the next couple of years that Major League Baseball won't have a controversy over its Hall of Fame nominees.

For the most part, they got it right.

Maddux and Glavine -- along with John Smoltz who will be eligible next year -- were instrumental in leading the Atlanta Braves to 12 division titles, five National League Pennants, and one World Series title back in 1995.

Maddux spent the majority of his career in Atlanta from 1993-2003. efore then, he was with the Chicago Cubs from 86-93 and ended his career with the Los Angeles Dodgers in 2008.

Over his career, Maddux had a 355-227 record with a 3.16 earn run average. He also amassed four Cy Young Awards and is an 18-time Gold Glove winner.

“What an incredible honor, to be able to share it with my teammate Glav,” said Maddux, who received 97.2% of the 571 ballots submitted. What I'd like to know is who was in the three percent who didn't vote for this cat?

When Maddux went to the mound for the Braves, it was almost an automatic win for them.

Glavine was the only original Atlanta Braves member out of the three pitchers mentioned. He spent his entire career with the club. Over his career, Glavine won 305 games, is a two time Cy Young Award winner and a 10-time All-Star. He also has a career era of 3.54.

Glavine credited Maddux for part of his success.

“It was a situation where you learn from osmosis,” Glavine said of pitching alongside Maddux. “You can’t help but to pick something up when you’re around a guy like Greg Maddux." Glavine received 91 percent of the votes."

I remember seeing the final member of the 2014 class as a rookie with the Birmingham Barons, the AA affliate of the Chicago White Sox.

It was clear that 'The Big Hurt was headed for the big time even back in those days. Thomas spent most of his career in Chicago  before retiring in 2008 with the Oakland A's. Over that period, Thomas hit 521 home runs, had a batting average of .301, and batted in over 1700 runs.

He was also a two-time MVP and a five-time American League all-star. Thomas received 83% of the votes.

The big man was short on conversation when asked about his induction.

Another thing about these three is they were great ambassadors of the the game. You never heard anything disparaging about them. They played the game the right way.

Major League Baseball rarely gets anything right these days, so fans need to enjoy the moment, because it probably won't be long before they screw up again. Remember, A-Rod is still out there. 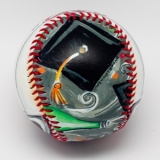 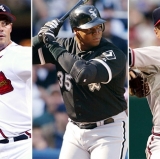