Giants Use the Force as They Stun Brewers for the Sweep 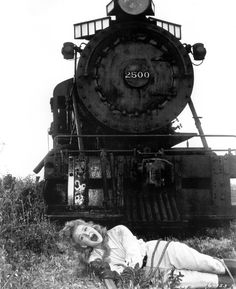 On a glorious Sunday at AT&T Park, the San Francisco Giants -- led by the Panda hizzownself, Pablo Sandoval -- positively dismantled the Milwaukee Brewers momentum this past weekend.

The Orange & Black machine has finally resurfaced -- in the nick of time, à la Perils of Pauline -- to thoroughly squash the Brew Crew's dreams of padding their NL Central lead at San Francisco's expense.

After an eight-pitch at-bat, Travis Ishikawa singled to right field and the waiting glove of Ryan Braun. Just moments before the minor Ishikawa triumph, which set up a first and third and no out situation in the bottom of the seventh, Alfredo Figaro unleashed a wild pitch to score Hunter Pence -- who had tripled -- and garner the Giants an 8-2 advantage.

The Orange & Black machine went on to put an exclamation point on a three-game sweep -- with a cherry on it -- in a seven-run seventh inning that put a nail in the Brewers' coffin, denying them the sole possession of first-place in the NL Central that was their status before their ill-fated visit to San Francisco.

Incredibly, the St Louis Cardinals have clawed their way into a tie for the top with their comeback from an early 5-0 defict to the Chicago Cubs, posting a Matt Holliday-fueld 9-6 victory and gaining a tie with the Brewers for the top. How the Cardinals have managed to do this is more a function of the Brews' stumbling through slumps in July and August. This has also put the Pittsburgh Pirates back in the race.

Meanwhile, back in the West, while the Dodgers were having their own issues in San Diego, the Giants have ... Forced ... their own way back into a battle for the top. And as far as they're concerned, there is no Dark Side to it.

Ultimately, it was a lead that even Tim Lincecum couldn't freak up, as the Giants scored two touchdowns with one two-point conversion.