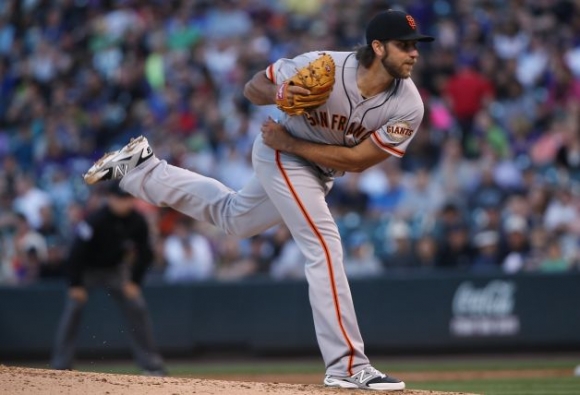 They say that if you win on the road during the regular season, then you're probably going to be in a good position to contend for the post-season.

The early results from Colorado notwithstanding, so far so good in that department for the Giants.

With better performances right now up in the rarified air of the Rockies' proprietary domain as May fades to June, San Francisco has the opportunity to pad its early NL West lead. I'm far too lazy to research the details, but it seems to me that the Braves have more often than not vanquished the Orange & Black over the recent years. So it's sweet to see the Giants have their way for the most part with Atanta in their first two series of 2014 and also against their NL West rivals. From whom the Giants have derived the lion's share of their victories to date.

San Francisco's impressive beginning to the 2014 baseball campaign has its competitors scrambling for answers. But in the bosom of Giants fans' boundless optimism, they will fancy that any such retorts will prove fruitless.