Giants Off to Good Start at the Birds' Nest 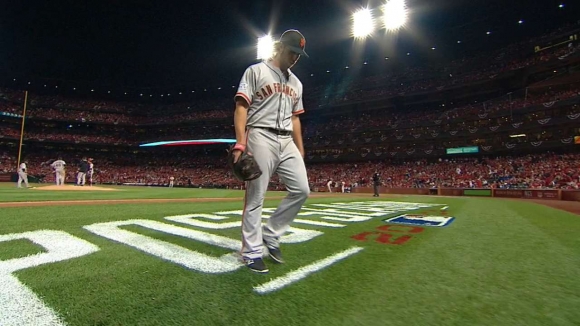 For the St Louis batting order, facing the ace of the San Francisco pitching staff -- one Madison Bumgarner -- in Game 1 of the National League Championship playoffs must have felt like the cards were somehow stacked against them.

With the Giants sniffing the National League pennant, they've been making all of their post-season competition to date appear pedestrian, at best.

As if the Mad Bum needed any extra help in San Francisco's 3-0 victory, little things still popped up to keep molehills from becoming mountains. For example, in the Cardinals' until-now lucky seventh inning:

While the Cardinals made rookie blunders, the Giants rookies and Bochy Ball shined like sapphire.

San Francisco has already accomplished its mission of stealing a game on the road. They set the tone for the series' opening storylines.

Now it's to Lance Lynn and Jake Peavy in Game 2.