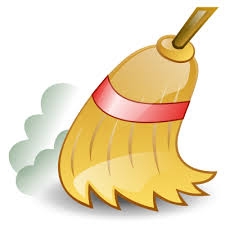 The starting pitching finally has come around for the team by the Bay. The Left Bay.

Barry Zito proved that his recent run of success wasn’t a fluke by shutting down the San Diego Padres to complete a sweep for the San Francisco Giants. Following another shutout by the other comeback kid, a clean-cut Tim Lincecum, and a nice performance by Mad Bum, the Padres’ bats were freaking out.

During the first series of 2013 between these two teams, the Killer P’s lived up to their name. They collectively contributed timely points like the Panda’s two-run blast, Posey’s inaugural home run, consistent leadoff performances from Pagan, and sterling defensive plays such as Pence’s sixth inning grab over Yonder that dealt the Padres a three-game losing streak.

That goes a long way towards easing the burden of the recent humiliation experienced at the hands of the suddenly hot Brewers. Not that there is any time to rest on their laurels.

With the gregarious Gregorius and the dangerous Diamondbacks coming into town looking to bite the Giants, the venom will be in plentiful supply in the first meeting this season between the two division rivals.

The teams’ conundrums will make for rollicking entertainment for the throngs at picturesque AT&T Park. This is still a time of year when even perennial losers like the Kansas City Royals can feel they have a chance; for the first time in forever, they actually might, too. But that's for another day. Giants-Diamondbacks is ready to go now.