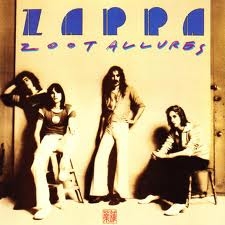 To add the proverbial insult to injury, the Giants MLB site declared that Barry Zito admirably took one for the team.

When Zito later corrected the article, maintaining that he had never uttered such a thing as asking to be so demoted, the sacré bleu had been done. Or was the post a way for the Giants to encourage Zito on the sly, to face the reality that he plum stinks as a starter this year and has poured salt upon the gaping wound of a season that is the Giants 2013 reality?

Up until that time, almost everyone was wondering when the ax would fall upon this one-season Giant wonder. Much like 2012’s awesome season, even in 2013, as Barry Zito goes, so go the Orange and Black.

In the face of such a reversal of fortune, Zito, perhaps admirably so, continues to assert, Beatle-like, “Yes, I believe it’s getting better”, to the G-fans' chorus of, “It can’t get much worse!” With each dismal showing, it becomes more doubtful that the Giants brass will select Zito’s option for 2014. The question looms, is this Zito’s last hurrah in baseball, period? Will 2014 see the grand opening of Zito’s Fried Zuccini in Zanesville, across from the zoo?

Zito says that he can still locate the ball where he wants it and that he can’t control what the hitters may do. Unfortunately for G-fans and unlike 2012, Zito’s philosophy isn’t winning any ballgames this year. It may make a good paperback book, however, Zen Zito: Aardvarks to Zombies, on Zanzibar Press. At least Barry has found a way to hold his head up. He must have that old Argent tune on his iPod.

Giants fans, on the other hand, are cranking up Run for Your Life on their iPods, hiding their heads in the sand. So much so that ostrich eggs have been added to the concourse menu at AT&T Park.

Though many at this point are trying to forget, I yet possess total recall. When San Francisco signed Zito, there was very little pitching available on the open market that fateful year. The Giants organization was flush with cash from ongoing sellout crowds like a sailor who, ZZ-Top-like, just got paid before shore leave. They must have thought that they had to do something with that $127million stuffed in the front office couch. Which begs the query, was this one of the worst contract signings in the Giants' long and storied history?

If the Orange and Black could have known in advance that they would get a below-average hurler for six seasons and a monster that would lead them to a World Championship for one, would they have taken that deal? Could they ever have achieved the same or better results by throwing $18million a year at some other pitcher or pitchers?

For better or worse, the mark of Z has been emblazoned upon Giants lore.