Giants Diary: Will Someone Please Stick in the Knife and Suck Out the Venom? 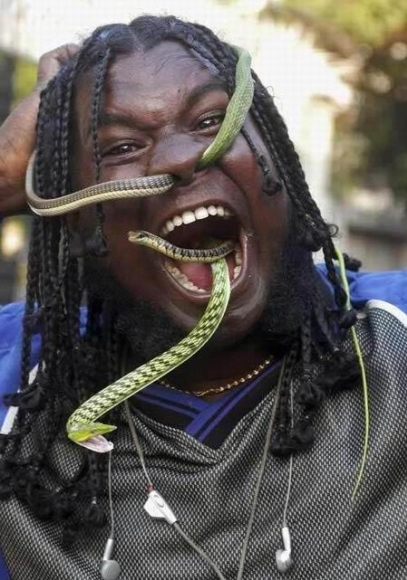 Much of the Orange-and-Black’s bounce is missing without Angel Pagan leading off.

That road has thus far sent the Giants down the divisional commode. The team is beginning to resemble the Rockies, kicking butt at home but always fizzling away.

The Snakes have quite a bite this year, and Giants fans can only hope that Bruce Bochy can produce an antidote. They have been kept in check since that unfortunate 2011 divisional championship anomaly. Darn that Goldschmidt!

Any team managed by the illustrious Kirk Gibson would seem to always have a tiger lurking in the tank somewhere. Kirk did well not to invoke the wrath of the baseball gods by falling for the media’s bait to second-guess the manager of the reigning World Series Champions for leaving in Affeldt to face the Gold Standard of the D-backs.

Or maybe baseball simply wasn’t meant to be played in a desert, and a team of the Giants' vintage shouldn’t be forced to play the pastoral competition in such a harsh environ. Spring training is fine, but to continue to grasp at straws, maybe they should move the D-backs to a more suitable setting, like Alaska!

Oh well. At least Cain pitched like Matt Cain. With Tim Lincecum beginning to pitch like himself also, that spells hope for beleaguered Giants fans that their team can still compete.

If the Giants pitching staff can finally get it together -- as the San Francisco faithful hope that the above signs indicate -- they should make it an interesting race. In the final analysis, as long as the Orange-and-Black are in the thick of the pennant race until near season’s end and they remain above those overpaid Dodgers in the standings, the baseball year, from this fan’s perspective, will have been a successful one.

No team can reasonably expect to win the division every year. Though, oddly, that is always the goal. The Giants are in the middle of an unprecedented quest for a three-out-of-four-peat. They are facing yet another gauntlet that will require the courage of a Mayor Eastwood customizing a special bus for the task.

The outcome could hinge upon how well they can endure the current road trip and the upcoming fury of the Braves. That may go a long way towards determining their stick-to-it-iveness in 2013.