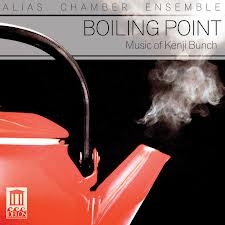 The Giants are back in the thick of their divisional race once again.

This is thanks to a resurgent staff of starters and timely hitting from rookies and fill-ins. They stopped the red-hot Padres cold, to send them crying back to their madres.

A brash Madison Bumgarner threatened to bonk the disrespectful former Giant José Guzman for crimes against the baseball homerun trot code of ethics. Posey protected his pitcher from the wrath of Guzman as Bud Black feigned ignorance. MadBum and the Orange and Black’s crew of stout relievers were not to be outdone, albeit not without some little drama.

Gregor Blanco’s triple carried the day for a victorious two-out-of-three beginning to their home stand. Bochy continues to pull the strings of his injury-laden roster well. The Giants remain hobbled by inconvenient boo-boos to many of their key players, such as Scutaro’s poor little pinky, Crawford’s forlorn fingers, and Panda’s paw, amongst others. They will still be waiting on pins and needles for the return of Vogelsong and Casilla.

Last year the Giants were able to maintain a relatively consistent healthy lineup. Not so this season.

So it is all the more impressive that they remain a force in the NL West. After Juan Perez’s late game heroics, Giants fans hope that this is the start of their own winning streak. G-fans are tired of looking up at Snake butts.

With the Marlins coming to town, methinks that fried fish will be the best diet for the Orange and Black to build the sustenance to execute something big as they prepare to face the overpriced cellar dwellers from the South.