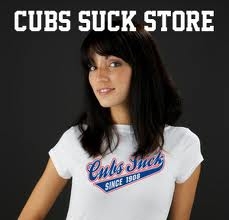 So there the San Francisco Giants were, down 5-0 after three innings at the friendly confines of Wrigley Field on a chilly Thursday afternoon.

Normally a 5-0 score would be cause for concern. But these were Cubs, a team with more than a century's experience in blowing leads.

What is up over there on the North Side, anyways? They seem to be a large-market team that can afford some decent players. But something happens when they get there. ‘Let’s play two!’ devolves into ‘Let’s just play out the season. Again.’

It can only be described thusly: Cubness.

San Francisco's Killer P’s were front and center on this day, especially Angel Pagan. He robbed Luis Valbuena with an amazing grab in the sixth and also contribute a single and a sacrifice fly for two RBI’s. As it turned out, the World Series Champions would need every run that they could muster against these habitual bottom feeders. The Panda punched another poor pitch to plate two runs. It's early, but he is looking like a player who opposing pitchers would just as soon not face.

The Giants' offense finally provided more than ample run support, and the long-suffering Giants’ pitching staff certainly deserved this karmic offensive renaissance. The unfathomable baseball gods seemed to finally be rewarding a hurling contingent that has toiled for untold years while enduring Giants hitters seemingly armed with only peashooters.

Who knows if that will last well into the season? At Wrigley Field, though, it was good. Against the Cubs, it was good enough.