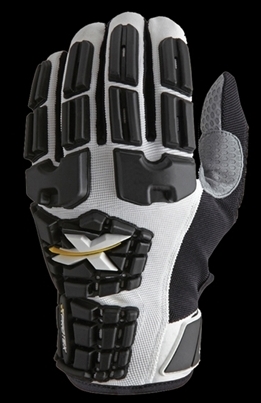 With their winning streak firmly stable at one, the San Francisco Giants are chasing the slinking reptiles that have usurped their rightful place a top the National League West.

And they'll do it without the services of regular starting pitcher Ryan Vogelsong. Though George Carlin’s observation that baseball is fairly docile compared to the NFL has become famous humor, not much in football approaches 90mph and beyond. It does in baseball, and damage can be done.

Before Vogelsong's most recent five innings, there might have been more than a few Giants fans who wished for a different pitcher. Now the naysayers have the opportunity to observe their of their wishes coming to fruition. The Giants have been rumored to possess pitching depth. Here is where that rubber will meet the road test called the big leagues.

With no crying permitted in baseball, the Giants will have to keep a stiff upper lip while they take a gander at possible replacements from the ranks, either via trade or rookie prospects. The drama of major league baseball, like in show biz, rests on the determination to go on with the show, no matter what.

Last halcyon season, when the orange-and-black lost its other well-known steroid monger/monster for being on the melk, er, that’s milk; everyone thought that it spelled doom for the team then, too. As it turned out, the opposite was the case. And the Giants find themselves the defending World Series Champions of the sport that Ruth once saved from the vile reaches of corruption.

Some fine day, the Giants and their fans hope, they will be able to look back at this injury to have precipitated an essential cog in the Giant machine -- the development of depth -- as just another bump in the road towards three-out-of-four-peated-ness.