Giants Diary: They Will Always Have Paris 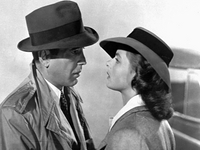 Last year and a year before that, the Orange and Black kicked the collective butts of major league baseball.

Make no mistake about that.

They were the underdogs in all forecasts, predictions, and prognostications to even win a division title, let alone the whole shebang. They earned the top prize in baseball -- and some might say -- in all of sport-dom, during those years.

That was then. Here's the now: The Giants certainly have taken a nosedive this year. No getting around it.

With abundant leaks springing in the Giants sinking ship -- and new ones sprouting daily -- their creaks are all too obvious. Now, adding the fabled insult to injury, even their heartwarming Chad Gaudin comeback story is in jeopardy.

San Francisco's beloved major league franchise appears to have been singled out by the baseball gods to exemplify the timeless certainty of Murphy's Law. David Bowie might opine that it's the bills they have to pay, for even yesterday.

The 2013 Giants season comes down to this eternal question asked by Kansas back in the 1970s: How Long to the Point of No Return? How long, as U2 cried, can they go on like this, before they're too far out of contention, to make a proverbial run-for-it?

One comforting fact for Giants fans is the relatively pitiful records of their divisional competition.

That may continue to work in their favor for the foreseeable future. Baseball's new paradigm of Luxury Taxes and Wild Cards -- as well as the baseball gods -- may be working to assure that no team will ever again achieve a dynasty. It was great while it lasted.

To assist fans in dealing with the taxing pressure of the cellar, the Giants should lower their beer prices to help them cope with this sobering 2013 season.