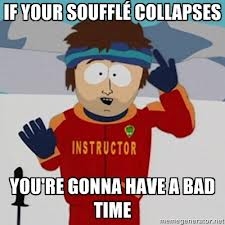 As George Harrison opined about the Beatles getting back together, “You can’t re-light a soufflé.”

Although Brian Sabean gave it the old college try, the Giants' mushy 2013 soufflé has left a bad taste in the pallets of G-fans. Even a chilled bottle of Boone’s Farm can’t save a dish like the Orange & Black’s 2013 season. Then again, Boone's Farm couldn't save a cold pizza under a park bench.

There is not much joy in the Bay Area’s Mudville these days. The Killer P’s have become the Helen Keller P’s. The Mighty Panda has pooped out. Bug-eyed Pence has become a Blind Melon Chitlin. Buster Posey still posts the numbers but not as pandemic as prior. Pagan popped a hammy and 'cheese, Louise,' Zito has become a boondoggle once again.

Luckily, there are plenty of other activities at AT&T Park for fans to enjoy other than surveying the increasingly painful-to-watch Giants contests. The hordes of post-game seagulls that always descend upon the leftovers aren’t even waiting for the end of the game anymore. They’ve begun to gnaw upon the Giants' rotting carcass even during midgame. If the Orange & Black weren’t able to reproduce last year’s magic, at least they were able to stage their own sequel to Alfred Hitchcock’s The Birds.

Meanwhile, at the local sports bar, they’ve taken to tuning in their twelve big screens to poker tournaments instead of Giants games. Not only that, they’ve written off baseball entirely and dressed their life-sized whiskey mascot in 49er’s apparel.