Giants Diary: There Can Be Only One 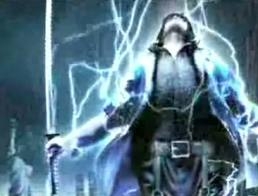 It’s painful to follow the Giants. But that’s the nature of baseball.

One team’s pain is another’s joy and vice a versa.

As noted in the Highlander, “there can be only one” winner. Each professional sports franchise gets paid, big time, to represent their town in the gladiatorial proceedings. It is more civilized than real warfare between cities and less destructive overall.

But the catharsis that the drubbing of a team’s opposition provides to the winners is equaled or surpassed by the sorrow of the losers. So each ballclub steadfastly endeavors to slice off the baseball-ian head of the other. This is for the glory of their city, the elation of their fans. The relative dismay, disappointment and dejection of the losers and their deflated followers are felt ever so keenly.

In 2013, the Giants -- far from being a San Francisco treat -- have become a team of headless horsemen. And their loyal fans a bevy of Ichabod Cranes. Talk about Ick! Ick is the trending topic in the hearts and minds of G-fans. The summation of their baseball paradise lost.

Guillermo Moscoso is the final goo in the Giants' ick of a season. They might as well sign José Canseco to pitch, for all the good it will do them. Bruce Bochy has been preaching Zen baseball of late, and for good reason. Each ensuing Giants game puts another nail in the coffin of a discomfiting baseball campaign.

One thing that makes baseball such a great pastime is that each club must complete each inning of each game, no matter how lopsided the results. We can blame it all on Angel Pagan’s hamstring. In 2011, the Giants were hamstrung by a masher’s vengeful Ty Cobb-ian slide. In 2013, their Angel's wings were effectively clipped by the loss of their sparkplug in center field.

Who was the most valuable player again?