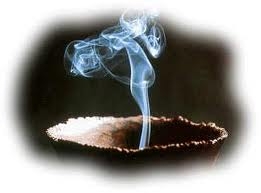 Those Blue Jays really screwed the Giants. Now, I at last know what the initials on those Craigslist ads stand for.

Finally though, a shining light amidst the darkness of the American League combatants, who’d a thunk that it would be courtesy of that has-been, Timmy Lincecum?

I knew from following all of their interesting off-season acquisitions that the BJ’s would be a team to be reckoned with in 2013. But why did they have to wait until they played the Giants to prove it?

It must be the curse of Milky Cabrera reeling its uncomely visage yet again. Now that we hear tell of baseball’s bestest and brightest about to get screwed for yet another PED scandal, today’s pure of heart and blood test must be crying out, “Wot’s it all about, Alfie!”

Zito wasn’t all that bad. It’s only the Giants hitters that made him appear so. Even if he had held the BJ’s to a single lonely run, the results would still be 3-out-o-4 losses to those pesky birds, ugh!

If Canada can have a team, then they should give one to Mexico, too. It would promote better cross-border synergy.

Who’s to say that baseball's pre-drug testing eras were all that pure, anyhow? They still had all sorts of questionable substances way back then. Plus, legend has it that some players would actually imbibe alcohol during games. And greenies (amphetamines) were standard fare in many clubhouses before the cocaine scandal of the 1980s.

If we read too much into arbitrary developments of the present day, then we will have to stock up on asterisks.

Baseball -- and society for that matter -- are too drug-o-phobic. Napoleon maintained that doctors oft do as much harm as they do healing. Doctors daily encourage tons of legal drug abuse with the dots and dashes of their legendary chicken scratch. Look at what happened to that unfortunate ‘King of Pop’ fellow.

What does all of this tomfoolery have to do with baseball, anyhow? Why can’t we just go back to the way it was before drug tests and pretend that all baseball players and their fans are all just perfect angels?

Ignorance is bliss, and why do we really care what is in Melky’s pee?

Baseball has become much less entertaining with this excess of biological data. Let’s just play ball and let the statistics decide the call. Not blood tests or urine analyses. Results are what the fans want. Not some goody-goody kill joys.