Giants Diary: Pence to Earn Some Pretty Pence over the Next Five Earth Orbits 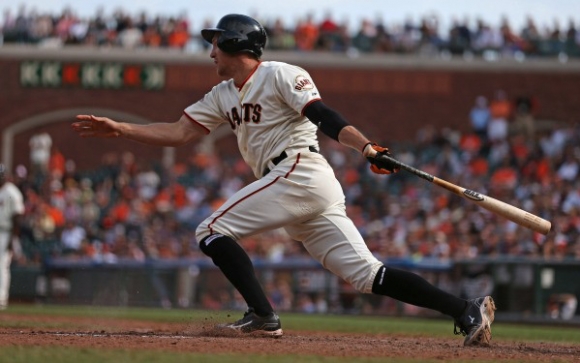 The Giants have assured themselves a relatively decent offensive base to work with during the foreseeable future.

Though fans in 2013 might have wondered throughout the long, boring stretches of giant futility at the plate just where said offense had disappeared.

During the giant strings of defeats that passed for the Orange & Black’s title defense, some fans may be forgiven if their attention had wandered, somewhat deer like, causing them to stare at the glare of the bright illuminations that lit AT&T Park. Pence was one of the few reliable bright spots to a season marred by a giant collective World Series/World Baseball Classic hangover for the overachieving San Francisco club.

Those facts notwithstanding, having assured themselves of the ongoing services of Killer P’s Pence, Posey, Pagan, and Panda for the near future, next season will be the so-called 'do-or-die' for the latter. Panda must produce prodigiously during the upcoming earth orbital period designated as 2014 by the residents of the third planet nearest the burning mass of glop called the sun, or else.

It is presumed that what “or else” will entail will then be of little concern for the Gigantes front office. If Panda peters during his contract year, there would probably still be a few interested parties in procuring the services of a pudgy run producer.