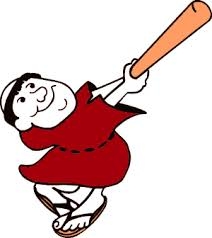 However, none of them involved a score.

True, the Killer P’s stunk up the place with their lackluster hitting. But the fielding the Giants displayed was flawless. The Panda clawed and pawed anything near third base while doing his best Brooks Robinson imitation. Pagan pegged that Gorky Park guy’s smash on Fri 26 April like some angel was in that outfield.

It probably was inevitable that the Padres would win a game or two this year. Luckily, the Padres are still the Padres and are bound to stink up Petco Park sooner or later. This time around, though, even the mark of Zito swiping his Z across the Friars' frocks wasn't enough to get a win .

Dogged by a five-game losing streak, the Giants just lost ground to those terrible Trolley Dodgers in the latest 10-game pace tracking. It is a shame, knock on Woody Allen, that some of their high-priced inventory didn’t come with a warranty or money back guarantee. Remember, always get the extended warranty.

But the really good news is that Tim Lincecum didn’t stink. In fact he pitched grrrreat! Still, it’s unfortunate for him that he didn’t sign for those really big bucks when he had the chance. Now he’ll have to get by on a paltry few mill. This should help the Giants’ payroll budget, at least.

It's time for the Giants to change the kitty litter and rack those bats up again. Before they leave at Petco, just to be on the safe side, it might be a good idea to load up on catnip.