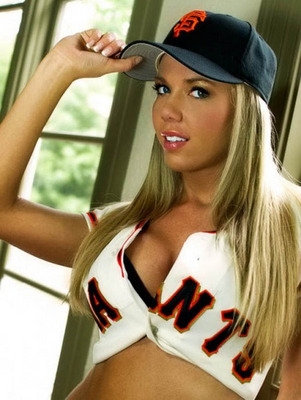 With the Giants Field of Dreams effectively bulldozed for 2013, there are plenty of strewn cornhusks about to wrap around our post-season fantasies, which will never go up in smoke as long as even the remotest of statistical hope remains.

MLB blogger Chris Haft aptly described getting Angel Pagán back by 1 September in order for him to qualify for the playoff roster as “wildly optimistic.” As per usual, he once again hit the proverbial nail on the head.

Those Nationals always seem to find a way to nail the San Francisco pitchers; first Vogelsong, now the rook. The Giants comeback performance to salvage the finale of their three-game series with the Nationals -- during which Sandy Rosario gave new meaning to taking one for the team -- combined with their strong opening performance to fishing for momentum against the Marlins are fueling such flights of fancy.

Rather than Giants fans consenting to go into that deep dark night of the off-season without a fight, they can yet rally around a resurgent Brandon Belt, Bambino-like efforts from Hector Sanchez and flying squirrel-ish plays from shortstop Brandon Crawford.

Rather than going down with the ship of cellar-dwelling fools, the Giants can instead assert ‘the captain of their soul’-ness. An extra helping of grog for all G-fans and 'pass the spliff, mon.'

The baseball season isn’t over until such time as it is over.

As the Orange & Black struggle with the fish and then sojourn on to face those AL titans, the Red Sox, pending the final death knell of official mathematical elimination, let wild optimism prevail amongst Giants fans.

Until then, see you at the next Optimist’s Club Breakfast!