Giants' Diary: No Smiley for Miley 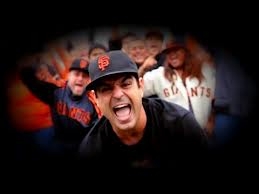 Arizona's Wade Miley did his best to help his pitching against San Francisco by adding some pop of his own.

But Miley hs become the latest to discover that, Cliff Pennington notwithstanding, if one of the Killer P’s doesn’t get you, then another one will pulverize you. Thus, Ryan Vogelsong was spared from facing the music as the Killer P’s provided four of the Giants’ five runs. With a paunchy 5.68 ERA, it might be posited that he's lucky to have a 1-1 record to date.

The Panda (1 RBI) and Posey (3 RBIs) provided the bulk of the punch for the defending World Champs. After the game, with the press pressing in, manager Bruce Bochy poured out wisdom and profound pontificating, propounding the benefits of the extra batting practice for the player of the moment.

At 9.30pm pdt, Posey pounced on a pitch and pounded it into center field to tie the game 4-4. The Diamondbacks thus lost their shine in the eighth inning of the first contest of the year between these division rivals. Giants fans hoped that this will triumphantly reposition the prowess of players like Cody Ross when they play against their former teams. Round one of the former players’ revenge thus went to the orange and black. Even Eric Chavez’s second homer of the season wasn't enoughto stem the Giant tide.

Late-inning heroics came from the slumping Brandon Belt who, perhaps tired of the pine and platooning, slowed down his game and ripped the game-winning RBI single, delighting the AT&T Park faithful.

Taking a cue from the Zumba class of 2013, pogo dancinging ensued, with Bochy and his coaches watching closely in hopes that nobody got hurt.