Giants Diary: MadBum and Cain and Hope for Rain 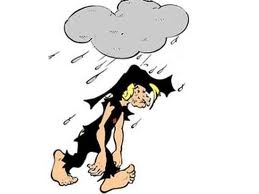 Though the San Francisco Giants looked anything but impressive against the team that they so impressively dispatched in last year’s playoffs, they may have finally put together at least two pieces of their elusive baseball puzzle.

Meanwhile, Giants fans Ryu the day that that fish-out-of-water basketball player and his bevy of moneychangers changed the competitive landscape of the NL West. As official team cheerleader, Hunter Pence did espouse the Giants to continue trucking through hell. Perhaps they will discover what AC/DC learned. That it ain’t no bad place to be. Questionable diction aside, many Giants fans may not be possessed of the proper constitution for such a jaunt. So it will be better for their health if the current hell parade of the reigning World Champions is rained upon toute suite.

Rain is the Giants’ best friend these days and confused. If a rainout is as good as a win, as a senior Giant opined, the team must therefore employ a rain dancer and a bevy of scientists. I’ve heard tell that weather manipulation has made great strides in this twenty-first century.

There may not be a need to HAARP on the point. But GM Brian Sabean observed that other teams are upping their prices on any trades for players who could help the Giants’ plight. This is due to their perceived desperation to make a deal. So with his understandable, if depressing, reluctance to overspend being the case, the Giants should follow the example of the Abu Dhabi sheik who hired scientists to bring rain to the desert.

Scientists probably work much cheaper than major league ballplayers. What is the record for rainouts anyway? Whatever it is, I don’t think that the baseball rulebook has yet outlawed manipulating the weather. So here’s the updated plan for the Giants: hire a pack of scientists to make it rain out the Giants’ scheduled games; the more rainouts the merrier. That will give the many injured Giants' players time to heal.

Of course, lotsa rainouts will mean bunchesa doubleheaders. But by then, all of their players will be rested and their opponents will be more tired from playing fuller schedules from not having as many rainouts.