Giants Diary: Giants Lose Close One in Tenth, but ... 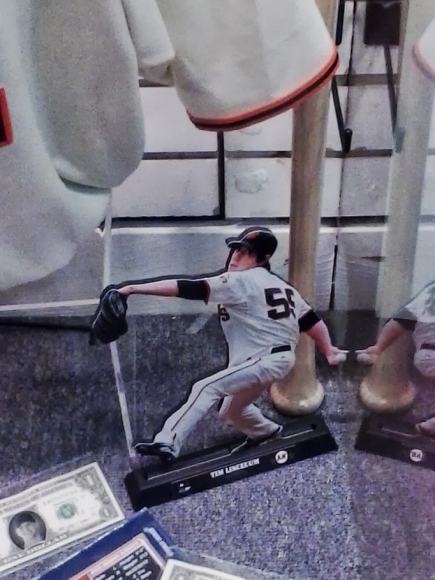 It’s a bummer about Bumgarner’s terrific effort going for naught against the Nats.

Yeah, but at least he pitched great. Washington’s a scrappy club, so to win two of three, just remember Meatloaf’s wise advice.

And they looked fabulous doing it at home, on King Street, where the beer and the artichokes prey on fans with deep pockets. There are splendid plaques emblazoned across the walkway while you amble into the great theater of the American Pastime by the bay. At least, there is nothing wrong with having a gay old time here, with or without the Flintstones.

It's preferable to looking pathetic at an altitude that might best be reserved for skiing and big furry dogs that serve brandy. The dizzying heights must be the cause of poor Panda’s illness. Unfortunately, without Pablo in the lineup, the offense looked pretty ill against the Nationals.

Yeah but now the orange-and-black face those same Rockies at sea level, where they are literally and perhaps even figuratively down to earth.

Yeah, the Giants have a hole in their pitching staff, but they are tied for first place and it’s their division to win. With comparatively awesome hitting this season over last year’s championship club, if San Francisco can fix the pitching with some duct tape, they'll be looking good towards another playoff year.

The mystery of mysteries is how much Tim Lincecum will earn next year, and will he still be a Giant? Would the team be better off throwing the money at some other hurler?

Even if the whole thing caves in, which appears doubtful, it’s always a good season when they do better than the Dodgers.