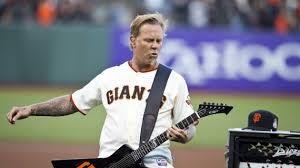 Poor ol' Dodgers. Karma may be catching up with them for trying to buy their way into contention.

In this respect, the San Francisco Giants -- and even cross-town rival Oakland A’s -- are a shining example for all of baseball. The baseball gods revile throwing cash at pennants instead of the flower petals of teamwork and dedication.

Such devotion is rarely bought. Chemistry exemplified by the Giants' clubhouse comes only from teamwork. It's hard to replace the loyalty and spirit of players who come up through the ranks together to topple big spenders like the Yanks and Bums.

True, San Francisco did make those blockbuster trades to land Scutaro and Pence. But those were nothing like the scale that the Los Angeles National League representatives have done. Baseball is a business, but the aforementioned horsehide deities will level the playing field according to their own agenda. As Paul Simon once opined, ‘The information is unavailable to the mortal man.’

Barry Zito did what he had to do against the Dodgers. It wasn’t pretty, but when karma -- and Metallica -- are on your side, even a Kershaw is just a bump in the road. The Killer P’s excelled at the plate and on the field of dreams, as well. Posey is making up for lost time. With their bright orange shirts back from the cleaners, Giants fans hope that they continue to take LA to the same.

Hunter Pence might have done the most damage to those Hollywood upstarts by taking out Ramirez.