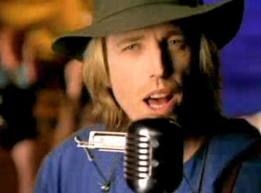 It's good to know that rivals play each other tough.

Don Mattingly's innocuous comments to that effect  was a clear indication he didn't feel like meeting the media after yet another Dodger loss to their NorCal foes. His head appears to be greased to roll if his overpriced and injury-prone team doesn’t cut the Dodger Dog mustard soon. But it would be a Mean Mr Mustard, as the Beatles might have opined, who would fire the beloved Donnie Baseball.

So many karma-negative implications should have been drawn from the very start in their HR department. To hire a manager from just possibly the Bums' second most hated team is bad juju.

How Many More Times, as Led Zepplin observed, did those same Damn Yankees send their former Brooklyn foes to egregiously deflating humiliations? Year after depressing year, the Dodgers got their butts kicked in the World Series and yet still saw fit to hire this pinstriped bad luck charm. You'd think they'd be ready to dial 999.

Teams without the appropriate gut feeling will get kicked in theirs from the resulting kinky kismet. Even Boy George won’t be able to get them out of this one.

That’s show biz, aka pro sports. Oh yeah, there is this: The Giants continued to excel in the close games. By the skin of their teeth and in the Nick Noonan of time, all of the many years of dues that they have paid have brought them out of their winters of discontent.

Regarding that new kid with unpronounceable name, GQ is one term the Dodgers won’t want to hear for a while.

OK, so it’s only one series and the season is yet young. But it is the fan’s prerogative to gloat. With all of the Giants' rookies contributing a pace and the Giants ahead in the race, Donnie Baseball may lose face, the race and a place-rings, pearls and all.