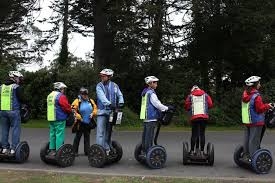 Maybe Don Mattingly isn’t so bad after all.

Even though he went from those damn Yankees to the despicable Dodgers, he was still able to appreciate the special moments between Giants fans and their beloved Freak upon the apparent eve of his departure.

Of course, Mattingly can afford to be generous, what with his organization vindicated for throwing money at the problem of how to get the Dodgers back to the playoffs.

Coming on the heels of Zito’s return to semi -grace and the Giants besting the Dodgers in their final two series of 2013, it assures a somewhat decent end to an overall crappy season for the Orange & Black. It would be yet another slap in the face if Lincecum should happen to sign with the Dodgers. In theory, the Giants should be well-positioned to hire some kind of impact player during the off season to sow some modicum of hope for the fourth-place franchise’s 2014 campaign.

The last three games of the season for both the Giants and Padres will be a heated battle for modest bragging rights. If the Giants can sweep, they can take sole possession of third. If they win two of the three, they can tie for third place. Two style questions yet remain: