Giants Diary: Are the Orange and Black Out of Gas? 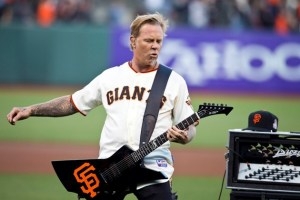 There may be a few Giants fans who believe, Van Halen-like, that the Giants are rotten to the core.

How does that formula go again? Trade all of the stars before it’s time to renew their contracts. Pass on the option years and restock the farm club with cheap young talent. Rack ‘em up again for next year.

To those fans, any other course is runnin’ with this devil of a season over the edge of affordable payroll for next year, thus locking in mediocrity because of their financial hands being tied from prior contract commitments. In essence, that keeps the team from being able to compete for the flavor of the month when off-season trading begins.

It’s good for some MLB teams to clean house, like the Red Sox did at the end of 2012. Talk about an effective Feng Shui! Now they’re exactly where they wanted to be.

For some other clubs, like the Marlins for instance, the goal was simply to ease economic pain and make their bloated superstar and superstar pretenders’ salaries just go away. Even though they had a beautiful new stadium with fancy fishies, they followed the tried-and-true maxim of the Talking Heads by burning down the house.

As the Bhagavad Gita succinctly opines, “One who sees inaction in action, and action in inaction, is intelligent among men, and he is the transcendental position, although engaged in all sorts of activities.”

That is why Brian Sabean is a transcendently good GM. By keeping the core of the 2012 World Series Champion Giants intact, Sabean is wise amongst suits. The good vibrations enjoyed by the team that, as Flo & Eddie observed, is so happy together, may yet pay off again should the Giants stand mostly pat for 2014. “Three-out-of-five” may be the new Giants mantra.

By keeping the current roster more or less intact, San Francisco may be the first team to achieve an every-other-year dynasty: The World Series Champs of 2010, 2012 and 2014. G-fans could live with that.

For the remainder of the 2013 baseball season, the Giants have the opportunity to disprove some G-fans’ Jackson Brown-ian theory that their team is running on empty.