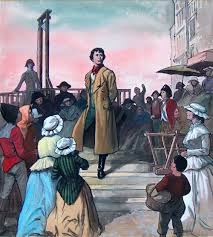 With the Giants season further down the tubes than Fee Waybill, it’s time to play Point the Fickle Finger of Fate. The front office -- and especially fans of cellar dwellers -- need some way to find fulfillment when their heroes let them down. That’s what makes baseball the great game that it is. Even when teams are totally out of contention, there are still fun activities like the blame game.

For starters, let’s blame the starters, especially the $126million man. If you make the big bucks, you get to enjoy a lion’s share of the glory if it happens, like in 2012. And you get an extra helping of blame for the agony of defeat, like in 2013. When the Giants were hitting early in the season, they failed to capitalize. Now, after the hitters incredulously petered out, only then did the starters, except for Vogelsong and Zito (who never did), finally get into gear. Of course, ridding the starting rotation of its unfortunate Pariah was the sensible move. One nagging fact though: Zito was virtually Carl Hubbell at home in AT&T Park.

Zito’s bullpen career hasn’t exactly begun with aplomb. By allowing two runs to the lowly Brewers in his bullpen debut, Zito helped assure the lowly Giants of an ever more pygmy-esque role in the NL. My learned suggestion to the Orange and Black is to let Zito specialize in starting home games. If he could continue his success in that limited role, it might even be worth resigning him.

Next we come to the hitters.

It must be the curse of Barry Bonds that the Giants will never again have a consistent power threat. Despite what Bochy preaches, it certainly does make the steroid era seem like the good old daze. Worse than not hitting, Giants batters have plum forgotten how to even get a timely sac fly or hold up their defensive end when it counts most.

It is the worst of times.

The best of times seems so long ago.